After comparing BTC vs. LTC vs. PPC vs. XRP vs. NMC, the natural instinct is to wonder about the rest of the most capitalized cryptocurrencies. Here’s a pros and cons comparison of each, in order of projected future value (by capitalization, not price).

1. Protoshares – Buying a Future Piece of the Invictus-Innovation’s Pie

Protoshares are a confusing alt coin (any cryptocurrency that isn’t Bitcoin). They’re not just another cryptocurrency, though they are mined and can be traded like conventional crypto. Beyond that, they also represent shares in future Invictus-Innovation’s cryptocurrencies and digital creations. Better than perhaps anyone, Invictus Innovations Incorporated has a strong grasp of just what cryptocurrency is and can do. While delving into their philosophy and thought is beyond the scope of this article, it suffices to say that they have a strong understanding of cryptocurrency as a platform, rather than just a speculative asset, or money transaction system. These all portend on the quality of the Protoshares as owning them means you own a piece of Invictus’ future.

Pros
• Invictus classifies cryptocurrency as being part of a larger concept called DACs, or Distributed Autonomous Corporations. ProtoShares represent a share in future Invictus-Innovations DACs of a variety of types.
• Protoshares represent value in the future of Invictus via their primary DAC, BitShares, and are therefore not trying to be what Bitcoin is directly. This makes them unique.
• III has a variety of interesting ideas (to which Protoshares buy you a piece of) that include BitShares, a trading platform that will “interface with a growing number of government-regulated exchanges.”
• Invictus aims to make BitShares, the DAC that ProtoShares purchase part of, a meta-platform, essentially a platform for future cryptocurrencies and other types of investment vehicles saying, “Invictus will be making the open source tools we develop to launch BitShares available to our partners and competitors. Who knows what new DACs everyone will come up with?”
• Only 2 million are available meaning ProtoShares are relatively scarce.
• Keyhotee, another Invictus project one can own a part of with ProtoShares, is focused on letting users use one digital identity for everything, including moving any cryptocurrency.

Cons
• As this explanation shows, Invictus’ project isn’t exactly simple to even understand, achieving it will be extremely time-consuming. This means that ProtoShares may be riskier than they seem. It’s unclear how ProtoShares’ price connects to III’s capitalization, but it stands to reason they are fairly well-funded from sales of them.
• ProtoShares, by merit of their high price and uniqueness, will likely fend off most speculators, this could hurt short-term gains and value.
• Branding is very ’90s, but it doesn’t appear that III is trying to appeal to anyone but the technically savvy.
• Only available for trade at the low-volume exchange, BTer.com, and the painfully-slow Cryptsy, neither of which accept USD. This means getting your money into Protoshares involves buying Bitcoin, unless you do it locally or risk a trust-based transaction.

Verdict: Promising as a medium to long-term investment. It’s tough to imagine a future were Invictus isn’t at least a minor player. Despite some practical and branding hurtles, Protoshares are, in my view, a better investment than say Litecoin and Namecoin, but not Ripple, Peercoin, or Bitcoin.

You may not be surprised to learn that when I started writing this, I was ready to stuff Quark down at the bottom with the evil, brand heist that is a Megacoin. Quark has a horrible reputation, associated with pump and dumps, premining, and there really does seem to be too many of them at 245 million. Still, the more I research, the more I became relatively bullish on Quark, at least short term.
Pros
• Unique 6-way hashing method has led at least one to conclude that Quark could be a third pillar in a BTC/LTC/Quark paradigm, such that Quark is a necessary third power due to the instability in a bipolar economy.
• Low price and a high number of Quarkcoins means it could encourage speculative purchasing.
• Huge number of Quarkcoins has a psychological advantage over relative scarce BTC and LTC.
• Not really a great metric, but buzz is clearly building as Quarks are selling for nearly 50 cents on Ebay; this is a good indicator for speculative buying.
• Cool branding, logo, and website.
• Merchant support is mobilizing albeit at an insane price, 20% mark-up. However, you can buy anything on Amazon, according to QuarkSpend.com. Still, since Quark’s popularity is relatively young, this does indicate higher longevity.
Cons
• Claims to be more secure than Bitcoin, but in reality, a 51% attack is very much a possibility.
• Perceived as a “pre-mined scamcoin,” but this may also be an indicator that it is undervalued.

Verdict: Quarkcoin is a hard call. As a short term investment, it could work out favorably, but it’s hard to gauge how the coin will fare longer term. Beyond the massive quantity available and the unique hashing, Quark doesn’t offer anything other coins don’t, but it has materialized massive momentum very quickly, though this could be due to hype-man Max Keiser more than anything. I’d say it’s low risk short-term, medium-risk medium term, but in terms of say, a year out, it’s hard to see how or why Quark would stick around.

There are four times as many Feathercoin’s as Litecoins, and four times as many Litecoin’s as Bitcoin. Hence, Feathercoin is Litecoin’s Litecoin. That sounds better than it actually is. Feathercoin has been around longer than other alt currencies, but it does nothing to differentiate itself at this point in the game.
Pros
• Faster transaction time than Bitcoin.
• High number of Feathercoins has a psychological advantage over relative scarce BTC and LTC. People like to have a lot of a thing.
• Can be used to purchase some things.
• Traded on fastest, highest-volume exchange, BTC-E.
Cons
• Dying a slow death price-wise, with recent injection from Bitcoin surge in late November.
• Not fully decentralized, uses “Advanced Checkpointing.”
• Doesn’t stand out in any way.

Verdict: Feathercoin is going nowhere fast. It has no real advantages over any coin and is basically in the speculative alt bubble, prompted by the Bitcoin injection of late November, for as long as people will pay for the sucker bet. It’s a terrible investment no matter how you see it. I wouldn’t even risk shorting it.

4. WorldCoin – Fast Transacting and Mining Bitcoin, but Not Much Else

Worldcoin has a great website and is very attractive, but unfortunately, beyond tight branding, there’s just not much distinguishing it from one of many cryptocurrencies. Despite a raising price, and an increasing capitalization value, this crypto just doesn’t seem to have much to it to set itself from the pack – except claims of minute-long transaction times. As an immediate perk, this is nice, but nothing Bitcoin won’t one day be capable of. Still, this could give it an edge if vendors started accepting it, but no one does as far as I can tell.

Pros
• Website claims “30 second transaction times, over 20x faster than Bitcoin.”
• Reward structure of 1% reward reduction for week could encourage fast adoption; the coins are going fast.
• As a speculative asset, WorldCoins are still under a dollar. This could prompt buying, along with recent massive growth in capitalization from “from $417,000 on Oct. 22nd” to $30 million today, December 4th, a 7500% increase.
• Attractively branded.
• If WorldCoin could build a merchant network it could go far, but this doesn’t appear to be happening.
• Great name. Something everyone on Earth could get behind.
Cons
• Undistinguished from Bitcoin in every relevant manner but transaction speed.
• No vendors accept it as far as I can see, it has minimal media buzz, there is no reason why Worldcoin would go up again in value except pure, empty speculation– or unless Worldcoin can do something interesting.
•BitCoiners at Bitcoin Talk largely describe it as a pump n’ dump and “scamcoin,” agreeing that it does little to stand out.

Verdict: WorldCoin does little to stand out except for claims of blazing transaction speeds. A 7500% gain may appeal to speculators, but this coin is likely to stagnate as investors cash out. WorldCoin devs will have to seriously inject some momentum and interest to regain the capitalization, in my estimate. Calling it a pump n’ dump would suggest the developer’s don’t have pure intentions, which they very well may, so let’s call it a pump n’ dump with good intentions. Buy only if you can take a risk and you think the speculation may carry you farther, or if you know something about WDC I don’t.

This coin is so awful it’s not getting Pros and Cons. These coins are pure speculation and will crash faster than you can say “Bitcoin at a million dollars.”

Megacoin is a brand heist of Kim Dotcom’s Mega.co.nz. People think it is associated with the eccentric billionaire and known proponent of internet freedom and privacy, but it’s not. It’s brand hijacking supported by a clever use of Kim’s color scheme & logo, and a website hosted in New Zealand, plus the obvious use of the name Mega. Megacoin will crash hard, it’s just a matter of time. The value is purely speculative and Mega is going nowhere fast – but doing so very attractively, I’ll add. Oh, and on top of that, it was massively pre-mined. Garbage. 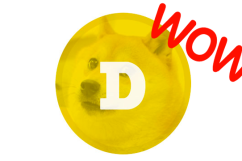