A Bitcoin-clone up to no good hijacks the Kanye name, much to West’s chagrin. The lawyers says cease and desist, but nothing happens (basically) Here’s 5 Fast Facts You Need to Know.

1. Despite Media Reports (Ineptitude), Coinye Coin Is A Litecoin Clone (Not Bitcoin)

As is standard ethical practice with new cryptocurrencies (that aren’t pre-mined, though it seems Coinye was), Coinye West specs and details were posted to BitcoinTalk.org.

While many sources have (understandably) described Coinye West as a Bitcoin-clone or being “Bitcoin-like,” this is true only superficially. Sure, in terms of functional properties (peer-to-peer, decentralized) this is true, but the more accurate comparison is to Litecoin, since Coinye (as seen above) uses the Scrypt algorithm, NOT SHA-256, what Bitcoin uses. As I’ve pointed out earlier regarding Dogecoin, this is actually highly important since Scrypt coins are not susceptible to being mined by powerful, purpose-specific Bitcoin equipment, generally referred to as ASICs.

Just to break these deets down a bit more: Coinye West (or KanyeCoin to put it simply) will have a total of about 133 billion coins, each block will contain 666,666 KanyeCoin (or to use the symbol COYE). The blocks will get harder to mine every 12 hours to prevent the coin from being too quickly mined.

“Given Mr. West’s wide-ranging entrepreneurial accomplishments, consumers are likely to mistakenly believe that Mr. West is the source of your services,” wrote Brad Rose, a partner at Pryor Cashman LLP, which has previously worked for West.

Hoping to keep pace with the self-assured, brash West, the techies aren’t backing down. Instead, they are moving up Coinye’s release date to as early as Tuesday night. Looking for surer footing, they changed the name of the currency from Coinye West to just “Coinye” and moved their website from a .com domain name to one registered in India.

Now, the programmers could very well eat some major legal dust for their transgressions, but in terms of Coinye, Coinye Coin, KanyeCoin, whatever you want to call it, it just plain doesn’t matter.

Here’s why: there’s nothing anyone can do to take Coinye down, short of exploding the internet. Essentially, like all cryptocurrency, Coinye is mined using certain cryptographic properties, distributed to miners, and will inevitably be traded on exchanges where people can trade Bitcoin (and other cryptocurrency) for Coinye. Legally speaking, the team would have to chase 1000s of miners that they would struggle to chase on laughable legal grounds (trademark infringement).

The long and short of it is this: the creators of Coinye may be sued, but this won’t affect the usability of Coinye, at all. Period. 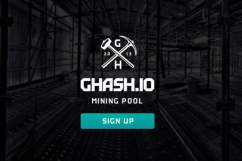 3. Coinye Was Pre-Mined Meaning That The Crypto-Community Hates It (But People Still May Buy It)


The Coinye Coin subreddit is ridden with posts angry at the way Coinye has been handled. This means that Coinye coin MAY be dead in the water. It definitely bodes poorly that the developer is trying to “give back” at this point.

For a bit of layman’s explanation into what pre-mining is, imagine that creating a cryptocurrency is like making a digital gold mine. Basically, if the mining is fair, information about when, how, and where to mine is freely distributed and everyone can start mining at the very first section of the mine, known as the first “block,” essentially a section for mining. A pre-mined coin means that information about how and when mining was to happen was suppressed or deceiving so that once the mining community is aware of a coin, miners are not starting on the first block, but rather a much later block, meaning that the coin was unfairly mined. So, how late was the initial block that the mining community was given access to Coinye? According to one thread, VERY LATE:

Recall that there are only to be 133 billion Coinye EVER, so that means ~1% of the total was unfairly mined, according to this user. This means that people are pissed off and will be less inclined to mine the coin and give it attention and praise, at least within the crypto-community. Still, it does appear that this is false or at least overstated. The maker claims that only .37% of the coins were pre-mined.


Boding poorly even more son on Coinye, someone apparently registered Coinyeshop.com, and after finding out about Coinye’s shady practices decided to switch back to mining Dogecoin, undermining the coin even further. It appears that at present, one can’t do anything with Coinye, but it is probable that if the coin becomes publicly traded, some suckers will invest in it and Coinye miners will be able to cash out profitably.

5. Coinye Joins Other Gimmicky Coins Such as DogeCoin and Sexcoin

While the list of Cryptocurrencies continues to get bigger and bigger every day, Coinye is hardly the first gimmick-based coin, it’s just the first to incur the wrath of a celebrity. Time will tell if this coin is even as successful as Dogecoin, which I highly doubt. 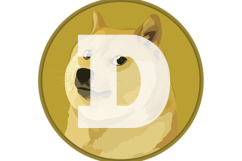 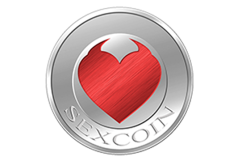