Facebook has introduced Paper, a news reader app that appears to be somewhat similar to Flipboard. Here’s what we know so far about this new Facebook offering.

Mashable reports that Facebook’s Paper app has been “in the works for years.” Facebook Product VP Chris Cox is in charge of the project, according to Re/code. According to the video above, Paper will launch February 3.

CNET notes that Paper is just one of several stand-alone Facebook apps coming down the pipeline. The focus on stand-alone apps appears to be part of a 3-year plan. Mark Zuckerberg recently championed an effort to get more people connected through web-connected mobile devices, discussed in the news report above.

Share this if you plan to use Facebook's Paper app!

According to a recent TechCrunch article, Facebook seems to be moving away from the “real profile” model. For now, users of Paper need to sign in with Facebook. However, future standalone Facebook apps may allow for anonymous use, or use under a fake name. The possibility of more standalone apps and more anonymity may help Facebook to keep growing, despite the recent assertions of a Princeton Study (see above video) that Facebook could lose 80 percent of its users by 2017.

With Paper, Facebook just blew its own iPhone app out of the water http://t.co/PgRYP1QhRn

According to Mashable, Paper will include typical news sections like Sports and Tech, as well as more offbeat categories like “LOL.” Engadget clarifies that Paper content will be pulled from both popular sites and “emerging voices.” Navigation will be swipe-based, similar to the popular news “magazine” app Flipboard.

5. Paper Is the First Offering From Facebook Creative Labs

Facebook Paper has nothing on Facebook Snaper, my new app that lets you read news stories off Alan Rickman’s chest. pic.twitter.com/lLKc5yzpQF

According to TechCrunch, Paper is the first project to come out of Facebook Creative Labs. The Creative Labs are part of Facebook’s efforts to give small teams within Facebook the ability to act like more independent startups. 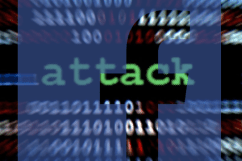