A 51% attack almost became a reality as Ghash.io, the largest mining pool for Bitcoins, approached being the majority of the network. Here’s 5 Fast Facts You Need to Know.

1. Bitcoiners Freaked Out On R/Bitcoin, Telling Others to Switch Pools


Several extremely alarmist posts reached the top of r/bitcoin over the last 12 hours as Ghash.io almost took over the Bitcoin network by controlling 51% of it. If this were to happen, Bitcoin would likely plummet in value, and may be forever ruined. LearnCryptography.com explains:

There’s only a couple things someone with 51% of the network hashrate could do. They could prevent transactions of their choosing from gaining any confirmations, thus making them invalid, potentially preventing people from sending Bitcoins between addresses. They could also reverse transactions they send during the time they are in control (allowing double spend transactions), and they could potentially prevent other miners from finding any blocks for a short period of time.

The major problem here being “double-spending,” where one could repeatedly spend the same Bitcoin over and over. It is not difficult to understand why this would severely damage the currency in terms of practical use and reputation.

Fortunately, the problem was resolved by people leaving the Ghash.io mining pool (collaborative computing group, essentially), and moving to other smaller mining pools. That said, just because the dust has cleared regarding this particular pool, that doesn’t mean Bitcoin is safe.

2. The Bitcoin Network Is Still Very Much Susceptible To a 51% Attack


Many Bitcoiners are fortunately taking action, pointing out that a bullet has been evaded, but the underlying problem still exists. This pie chart shows just how lopsided the distribution of mining is:

As seen above, P2Pools is thought to be a solution to the problem. P2Pools allows users (peers) to connect in a manner that a 51% attack would not be possible, since there is no overarching power. Still, some say that even P2Pools is ultimately controlled by an individual and could be manipulated.

3. Ghash.io Itself Tried To Prevent The Attack


Ghash.io offerred a press release detailing their actions amid concerns that the pool would control 51% of Bitcoin’s network.

Meantime, R/Bitcoin congratulated itself on supposedly preventing the attack:

While it remains unclear just how effect r/Bitcoin was in preventing the attack versus ghash.io’s actions, or the community at large, what is evident is that Bitcoin came very close to a dangerous situation in the last 12 hours:

4. Reform Appears To Be Underway


While many panicked amid concerns of the attack, it does seem that the new found attention toward preventing a 51% attack will lead the community to forge new systems and methods regarding Bitcoin mining. While solutions are up in the air at this point, the Bitcoin community at large will hopefully come to its senses and realize that a 51% attack is not only possible, but likely, unless explicitly preventative measures are taken.

It remains to be seen just how the reform will take place, but it is likely that a solution with properties like P2Pool will have to be put in place.

5. Ghash.io’s Strength May Have Been Because of Bitfury Miners


In the ghash.io press release they state:

The hashing power of GHash.IO consists of: ~45% BitFury ASIC based miners, ~55% independent miners

It is possible that the rapid ascent of this pool was caused by superior technology being distributed to it. While there is nothing inherently unfair about this, it does bode on the general property that if someone were to invent a Bitcoin miner that was superior to most, they may get sudden leverage in committing a 51% attack that could be devastating.

For this reason, many Bitcoin alternatives, AKA altcoins, use Scrypt-based encryption, meaning that (at present) they cannot be harvested using specialized Bitcoin mining equipment known as ASICs. Scrypt-coins are harvested primarily using graphics cards and while many profitably mine them, they are at present not as susceptible to highly specialized equipment. 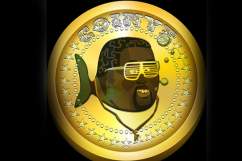