The London-based company has definitely cultivated an air of mystery, given the fact that their official site consists of a single landing page with under 200 words on it. Here’s what we know about DeepMind so far…

1. DeepMind Is Run by a Legit Genius, Demis Hassabis

DeepMind is the brainchild of three men: Demis Hassabis, Shane Legg and Mustafa Suleyman. Hassabis is arguably the most famous name, having founded British video game developer Elixir Studios. According to the Wikipedia page linked to from the official DeepMind site, Hassabis was a child chess prodigy, took his A-Levels two years early, and won the world games championship at the Mind Sports Olympiad five times. Oh, and he has a Ph.D. in cognitive neuroscience and co-authored the paper on amnesia above.

The other two guys are no slouches in the smarts department. Wikipedia says Suleyman is the co-founder of Reos Partners, a global conflict resolution firm. Legg’s website reveals that he previously received the $10,000 Canadian Singularity Institute for Artificial Intelligence Prize.

While DeepMind’s site is light on detail, the company does reveal that their “first commercial applications are in simulations, e-commerce and games.” Google has slowly been making in-roads into the gaming industry for years, and DeepMind’s cutting edge ideas could give the company a competitive edge against video game titans like Sony and Microsoft.

In the video above, Judge Andrew Napolitano weighs in on Google’s recent purchases.

[inline_share text=”Share this article if you think AI is the next evolution of gaming.”]

The Telegraph reports that Skype and Kazaa developer Jaan Tallinn acted as an advisor and investor for DeepMind. In the TED Talk video above, Tallinn talks about the approach of the singularity (the tipping point where AIs exceed human intelligence.)

4. Google Wants to Put Robots in Your Home

CNNMoney reports that Google has purchased seven robotics firms over the past year. Sci-fi site io9 may have joked that Google was planning to build a “robot army,” but the recent acquisition of Nest Labs seems to indicate that what Google actually wants is to be a part of our homes. This will probably please the minds at Bloomberg TV, who outline Google’s robotics acquisitions in the video above.

5. An Ethics Board Is Being Formed to Ensure the AIs Aren’t Misused

Self driving cars, autonomous robots and now an AI company that needs an ethics board. #skynet coming soon – https://t.co/89hr4MPrhH

We’re officially living in a sci-fi movie. As part of the acquisition deal, Google has to establish an ethics board. The Information writes that the purpose of the ethics board is to ensure that AI creations are used in an ethical manner. Isaac Asimov would be so proud. 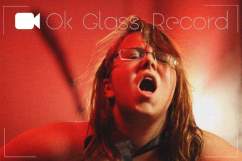