We’re experiencing intermittent errors affecting the whole site and are working quickly to resolve it. Thanks for your patience.

Tumblr, the Yahoo-owned blogging network, is down for some users according to an official tweet from the company.

1. The problems are affecting every facet of the company’s blogging network.

2. News of the outage was confirmed by Tumblr at around 3:02 p.m. Eastern. The company have called the errors “intermittent.”

5. There is a blog for this instance, called “When Tumblr is Down.” 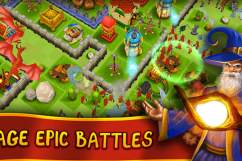