Here is a look at the Pros and Cons of the Top 10 Cryptocurrencies as currently listed on CoinMarketCap.com.

1. Bitcoin – First and Biggest (but Maybe Not the Best)

Pros:
• Sophisticated, entrenched platform could allow for use beyond currency in stock markets, digital quid-pro-quo agreements, and other revolutionary uses due to nearly zero transaction fees.
• Biggest market capitalization, greater than 10 billion dollars (11/25/13).
• Secure with some minor caveats including colluding miners (previously 51% attack, now may be 33% attack),
• Massive fanbase for its true decentralization.
• Established and accepted by 1000s of merchants.
• Scarce, only 21 million will ever be mined.
Cons:
• Transactions take a long time to confirm. Three confirmations (usual minimum) takes at least 15 minutes, but closer to an hour on average in my experience.
• Scarcity and finitude means BTC is inherently deflationary. Some feel this is bad, but this really only for people who think BTC could plausibly take over Fiat completely — not plausible in my opinion and therefore irrelevant.
• Mining is expensive, costing some $150,000 a day reports Bloomberg. Mining costs may be prohibitive in future growth and transaction verification. This could lead to fees on Bitcoin transactions.
• For speculative growth, Bitcoin is perceived as expensive, people don’t like to own one or two of something, but rather 10s or 100s, but this may be solved by a naming convention, calling Bitcoin, mBTC, or millibitcoin. In this way, people could buy a thousand milliBitcoins for the price of one Bitcoin. It’s psychological, but it is a real factor in valuation and adoption.

Pros:
• Company behind it, OpenCoin received some 2M dollars in Venture Capital in May. Additional round of funding for Opencoin’s evolution into Ripple Labs netted 3M dollars.
• Non-decentralization means simpler legal integration and likely government adoption, but has invoked the wrath of decentralization fans who call it “the Ripple Scam.”
• Versatile platform is said to allow conversion between any currencies.
• Ripple platform allows for issuing debt via “IOUs,” Bitcoin can also do this as a platform, but this feature has yet to be explored.
• Mining Ripple now means donating computing time to solve scientific and medical problems.
Cons:
• 100 billion total Ripples (XRP) with all of them “pre-mined,” as Ripple is not a cryptocurrency.
• Ripple Labs possesses some 50 billion Ripples in hopes they will increase in value.
• Muddled marketing strategy. Ripple Labs stated they would give away Ripple and even did so to some extent to build awareness. This has led to many thinking their Ripples may be worthless and will hurt price increase. Some have said that Ripple Labs will no longer be used this strategy.
• Largely perceived by crypocommunity as a scam. Adoption and use will have to be from other, mainstream avenues.

Pros:
• At .6 billion dollars, it has the second or third biggest market cap, depending on whether or not you consider Ripple to be cryptocurrency (as of (11/25/13).
• Transaction times happen 4x faster than Bitcoin.
• Still affordable to a lot of people as an investment whereas Bitcoin is seen as too expensive. It has a good combination of momentum and affordability right now.
• Theoretically, one Litecoin should be worth 1/4 Bitcoin since there will be 4x as many coins. Right now LTC is around $20, and BTC is almost at $1000. It could be argued that Litecoin is therefore undervalued by an order of magnitude (1/50 when it should be 1/4).
• More coins than Bitcoin means that Litecoin may be more future-proof than Bitcoin.
Cons:
• Cannot be purchased directly with USD or other currencies as easily as Bitcoin, ultimately meaning its price is directly connected to Bitcoins.
• Ultimately, Bitcoin has more momentum and support from the community. Litecoin may be the second biggest cryptocurrency, but many feel similar to one pundit who said, “There can only be one. The Network effect is simply too strong. Bitcoin has orders of magnitudes more adoption, acceptance and use compared to any other cryptocurrency on the market. The game is over and Bitcoin won.” 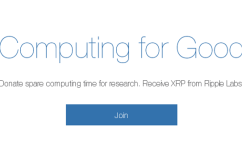 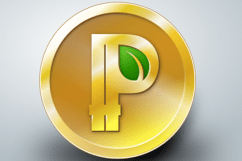 Pros:
• Said to be sustainable and long-term environmentally friendly because mining will require orders of magnitude less power than Bitcoin and Litecoin.
• Distinguishes itself from other coins by using “Proof-of-Stake/Proof-of-Work” hybrid. Proof of stake requires less energy.
• .01 Peercoin Transaction fee (on every transaction) is said to render Peercoin a better “store of value,” and it may be used as a backbone cryptocurrency according to some, and its creator, Sunny King.
• In terms of speculative value, Peercoin has attractive branding and an excellent logo. This may increase early adoption.
• Peercoin is inflationary, tantamounting to each user’s number of Peercoins growing 1% per year. This means that the number of Peercoins is technically limitless. This may be seen as a con for speculation, but for real-world use is more comparable to modern money systems.
Cons:
• .01 Peercoin transaction fee means that Peercoin is less liquid and less multifaceted in use than competitors. It would be impractical to use in everyday transactions, a stock market, or anything with high transaction volume. This will only become more true as its value increases.
• Not truly decentralized. Peercoin uses “centralized checkpointing,” but Sunny King, Peercoin’s creator, says this feature will be removed with future versions and when the cryptocurrency stabilizes.
• Peercoin is inflationary which some feel is intrinsically bad. Others have said that “the rich get richer” with peercoin, but the reality is that Peercoin users all stand to benefit equally from Peercoin’s inflation.

Pros:
• Devs claim that Mastercoin can be used to facilitate user currencies, so that anyone can make their own crypto.
• Further allegations include that Mastercoin can facilitate trading of any crypto, be used for contracts, betting, trades, titles, and shares.
• One redditor says Mastercoin could be used to create a decentralized Silk Road.
• Coins were distributed seemingly fairly, though they were not mined, but given out to people who bought them, the so-called “Exodus Block.”
• Essentially proposes to do all the magic Bitcoin is supposed to let the world do.
Cons:
• Devs say a lot of things, but there is nothing one can do with Mastercoin… yet.
• Many question why Bitcoin needs a superimposed layer when services like ChromaCoin exist.
• Insanely high price + low volume generally means that a coin’s value is highly inflated.
• Unconventional “pre-mining-esque beginning means that many purists will not get involved.

Pros:
• Devs claim that there are “planned extra decentralized features such as a peer-peer exchange, colored coins, messaging/chat, DNS, and options for expedited transactions.”
• Devs claim feature known as “transparent forging” which will allegedly allow NXT to be used with high transaction volumes.
• Devs claim that NXT is completely built from scratch and that it is not a mere altcoin like Peercoin or Litecoin, but a true alternative.
• Mining is proof-of-stake and hence environmentally friendly, like Peercoin.
• Devs claims that NXT can resist even a 90% attack.
Cons:
• Inherently pre-mined using a distributed method such that “The 73 original stakeholders are responsible for distributing the 1 billion Nxt coins that were ejected from the genesis block via an injection of their donated Bitcoin, 21 BTC total, into the genesis block. This is a requirement for any 100% PoS system to work and this distribution is now in progress.”
• Just like Mastercoin, NXT is pure promises and no delivery. It cannot be traded for on any major exchange, even Cryptsy.
• Value is purely speculative and general vibe and appearance suggest less technical competence than Mastercoin.

Pros:
• 21 Million total means that Namecoin will be relatively scarce, exactly the same as Bitcoin’s scarcity level.
• Permits for creation of uncensored internet, disallowing governmental control.
• Versatile platform can be used to recreate decentralized, unregulated Domain Name System, sort of like its own internet. Can also be used for messaging, voting, and login system – all within the cryptocurrency.
• Uses identical cryptography to Bitcoin protocol meaning Bitcoin miners could mine Namecoin profitably should Bitcoin mining become unprofitable.
Cons:
• Permitting for an uncensored internet means Namecoin could lead to illegal activities online, beyond even the scope Bitcoin, such as child abuse or similarly illegal websites.
• While an alternate DNS system is useful, Namecoin as a cryptocurrency distinguishes itself in no other way from Bitcoin.
• Namecoin vulnerability revealed that underminds domain name registration service. Vulnerability will be repaired in a future block, however.

Pros
• Unique 6-way hashing method has led at least one to conclude that Quark could be a third pillar in a BTC/LTC/Quark paradigm, such that Quark is a necessary third power due to the instability in a bipolar economy.
• Low price and a high number of Quarkcoins means it could encourage speculative purchasing.
• Huge number of Quarkcoins has a psychological advantage over relative scarce BTC and LTC.
• Not really a great metric, but buzz is clearly building as Quarks are selling for nearly 50 cents on Ebay; this is a good indicator for speculative buying.
• Cool branding, logo, and website.
• Merchant support is mobilizing albeit at an insane price, 20% mark-up. However, you can buy anything on Amazon, according to QuarkSpend.com. Still, since Quark’s popularity is relatively young, this does indicate higher longevity.
Cons
• Claims to be more secure than Bitcoin, but in reality, a 51% attack is very much a possibility.
• Perceived as a “pre-mined scamcoin.”
• Hype-man Max Keiser pumped n’ dump this coin along with Fontas goes the folklore. Bottom line: the gold rush is over on this one. Dump it.

9. WorldCoin – Fast Transacting and Mining Bitcoin, but Not Much Else

Pros
• Website claims “30 second transaction times, over 20x faster than Bitcoin.”
• Reward structure of 1% reward reduction for week could encourage fast adoption; the coins are going fast.
• As a speculative asset, WorldCoins are still under a dollar. This could prompt buying, along with recent massive growth in capitalization from “from $417,000 on Oct. 22nd” to $30 million today, December 4th, a 7500% increase.
• Attractively branded.
• If WorldCoin could build a merchant network it could go far, but this doesn’t appear to be happening.
• Great name. Something everyone on Earth could get behind.
Cons
• Undistinguished from Bitcoin in every relevant manner but transaction speed.
• No vendors accept it as far as I can see, it has minimal media buzz, there is no reason why Worldcoin would go up again in value except pure, empty speculation– or unless Worldcoin can do something interesting.
•BitCoiners at Bitcoin Talk largely describe it as a pump n’ dump and “scamcoin,” agreeing that it does little to stand out.

This coin is so awful it’s not getting Pros and Cons. These coins are pure speculation and will crash faster than you can say “Bitcoin at a million dollars.”

Megacoin is a brand heist of Kim Dotcom’s Mega.co.nz. People think it is associated with the eccentric billionaire and known proponent of internet freedom and privacy, but it’s not. It’s brand hijacking supported by a clever use of Kim’s color scheme & logo, and a website hosted in New Zealand, plus the obvious use of the name Mega. Megacoin will crash hard, it’s just a matter of time. The value is purely speculative and Mega is going nowhere fast – but doing so very attractively, I’ll add. Oh, and on top of that, it was massively pre-mined. Garbage.