Similar to the beloved PC game, Minecraft – Pocket Edition allows players to drop into a landscape made of different cubes. Players “move” these cubes, which can be used to “craft” buildings and items. Pocket Edition comes with two different modes: creative and survival. During creative mode, players can fly around minecraft’s world and build with materials. In survival mode, players can build above the ground (stacking blocks to make castles). At night time, monsters will appear and will attack players as well as their creations. Players can jump in and out of other players’ world’s. You can download Minecraft- Pocket Edition from the App Store here. 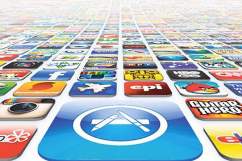 Plague Inc. is a strategy and realistic simulation game developed by Ndemic Creations. Players need to create a virus and wipe out the world. Earn DNA points and you can upgrade your diseases transmission, symptoms and abilities. Challenge yourself to seven different disease types, all come with different strategies to master. Plague Inc. is an addictive game with stunning graphics. You can download Plague Inc. from the App Store here. 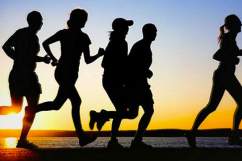 If you watch Ellen Degeneres’ TV show, then you’ve probably seen her play Heads Up! Heads Up! is Ellen’s game that has been turned into an app. The game can be played with two players or in a fun group setting. Players will pick from a large selection of “decks,” which include categories like celebrities, singing, characters, accents and more. One player will place the smartphone on their forehead, while other players will need to describe what the word is. If a player guesses the word correcting, the player holding the smartphone will tip the smartphone forward, which will bring up the next word. You can download Heads Up! from the App Store here. 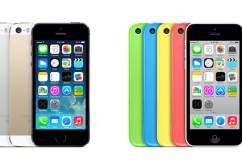 iPhone 101: 10 Tips to Help Get You Started With Your New iPhone

Cut the Rope 2 is the sequel to the original developed by Zepto Labs. In Cut the Rope 2, Om Nom travels through underground tunnels and forests. and the Nommies, help Om Nom collect candy along the way. Cut the Rope 2 offers 120 new levels, five new characters, and you can customize Om Nom. This game is quite fun and addicting! You can download Cut the Rope 2 from the App Store here. 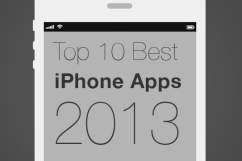