While some Android devices have had KitKat 4.4 for a while now, many other Android smartphones are just now getting access to this update. If you’ve recently made the switch to Android 4.4 KitKat, then here are some interesting hidden functions and secret features you should check out…

CNET notes KitKat has made some camera improvements that may have gone unnoticed by some users. The CNET article states:

“Raw and burst shooting are now included in Android’s hardware abstraction layer (the ominously-named HAL), which is the part of the software that talks to the phone’s actual hardware…

The Google Nexus 5, Android’s most cutting-edge phone showing off the very latest software, makes use of burst mode — but not to take a sequence of shots in quick succession, as you might expect from the name. Instead, the quick burst of shots capture different levels of exposure and are combined into one picture with high dynamic range.”

KitKat’s new Storage Access Framework is basically a way for users to see all of their data and files in one place, without having to hop around in different apps. From the SAF, you can see your gallery, Drive files, and Dropbox items. No more scrolling through multiple apps to find that one thing you’re looking for!

The video above talks about a whole host of cool, secret features in KitKat. One of the most appealing is the ability to easily switch between launchers. Instead of going through the applications, you can now just simply go into the settings and select which launcher you want to run. This is great for fans of custom launchers.

Android 4.4 KitKat basically has a pedometer built right in. KitKat has both step recognition and step counting abilities. The sensors here are sensitive enough to be able to distinguish between walking steps, running steps, and steps being taken up the stairs.

A nice and entertaining "report card" for OEMs and their Android KitKat updates – http://t.co/AOU4l83Ik1

If you’re the kind of person who sets a lot of alarms during the day to remind you about meetings, deadlines, or errands, the Advance Alarm Notification feature in KitKat is going to make your life a lot easier.

KitKat now has expandable alarm notifications, which are triggered one hour prior to the alarm’s designated time. The expandable notification has a “Dismiss Now” option that lets you dismiss the alarm without it sounding. You don’t have to go into the Clock app to disable the alarm the slow way.

This early notification feature is great if, for example, you set an alarm to remind you to pick up milk on the way home from work, but then you pick it up on the way to work instead. You don’t have to deal with an alarm for a task you’ve already completed, and you get a handy reminder to shut off the alarm before it makes a peep.

Unlike Jelly Bean, KitKat doesn’t have lockscreen widgets enabled by default. All you have to do is visit the settings menu to enable them. Once they are enabled, you can use various widgets to see GMail, Soundhound, alarm clock settings, and more right from the lockscreen. However, some users prefer to keep the widgets disabled for privacy reasons. 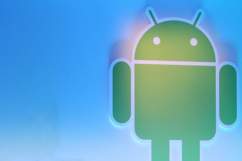 Is the Android 4.4 KitKat Update Available Yet (or Worth It?): 5 Fast Facts You Need to Know