Launched at Mobile World Congress 2014, Blackphone is a new smartphone that’s focused on security and privacy. Available to buy right now, Blackphone is poised to change the way people think about smartphones. Here are the most important facts you need to know about this phone.

1. Blackphone Is an Android Phone

#Blackphone comes with a set of apps developed by Silent Circle for voice and text #encryption http://t.co/HL17AC4mhk pic.twitter.com/fbtjqmFEtV

Blackphone runs on Android. According to The Verge, this phone is being “produced by Silent Circle, a company with an existing portfolio of security- and encryption-related software, and Geeksphone, a Spanish hardware startup.”

Blackphone bills itself as “a real no-excuses solution for traveling executives looking to BYOD, families concerned about personal security, and anyone else who understands the value of maintaining personal privacy rather than giving it away for free.”

The Order page on Blackphone’s website lists the phone as available to pre-order for $629. The phones will ship in June.

Watching the press watch us for #Blackphone launch. pic.twitter.com/nojbzLQtZc

The Order page on Blackphone’s website also lists the most interesting specs about the phone. The specs are as follows:

Other features of the phone include firewall and remote wipe capabilities, as well as Kismet Smart Wi-Fi Manager.

Mashable reports that while this phone is excellent for the privacy-obsessed, it’s still not “NSA-proof.”

Here’s a relevant clip from Mashable’s look at Blackphone:

“‘There is no such device that is NSA-proof,’ said Mike Janke, co-founder and CEO of Silent Circle, in an interview with Mashable, ahead of the launch. ‘If you are on the terrorist wanted list or a criminal, intelligence services will get into your device… There’s no such thing as 100% secure phone.'”

5. Blackphone Is Likely to Get Competition Soon

Tired of the NSA? Have you seen this new phone that promises privacy first? http://t.co/rPiYpZuzvs

ZDNet‘s Adrian Kingsley-Hughes predicts that Blackphone won’t be the only privacy-obsessed smartphone for long. He writes:

“The handset is certainly an interesting idea, but I’m skeptical that there are enough people out there willing to hand over $630 for the hardware…

And while Blackphone is the first security and privacy focused smartphone, I don’t expect it to be the only one for long, and I wouldn’t be surprised to see bigger players – perhaps Samsung…to enter the arena.

On top of that, this is a new handset running a new operating system, so the scope for teething troubles and bugs is high at this stage.

Oh, and remember, to make use of this, the person you are communicating with either needs a Blackphone, or needs to be using Silent Circle apps on their Android or iOS device.” 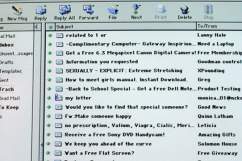