Google just unveiled “Project Tango,” an Android smartphone. What makes this project so cool? Read on to find out!

Project Tango is an Android phone with advanced sensors. Google’s Advanced Technology and Projects (ATAP) is spearheading the project. In a Google Plus update, the team explains that Tango’s purpose “is to give mobile devices a human-scale understanding of space and motion.”

“As we walk through our daily lives, we use visual cues to navigate and understand the world around us. We use our eyes to observe the size and shape of objects and rooms, and we learn their position and layout over time almost effortlessly . This awareness of space and motion is fundamental to the way we interact with our environment and each other. We are physical beings that live in a 3D world. Yet, our mobile devices assume that physical world ends at the boundaries of the screen…

What if you never found yourself lost in a new building again? What if directions to a new location didn’t stop at the street address? Imagine playing hide-and-seek in your house with your favorite game character. Imagine competing against a friend for control over physical space with your own miniature army.”

You can learn more in the Project Tango launch video above.

Mashable reports that Project Tango will be a modestly size smartphone, about 5 inches. And if you want one, you’ll have to wait. The first 200 prototypes are going out next month, but only to developers that were “hand-picked” by Google.

Google’s Project Tango: It’s like Kinect in a phone but not just for fun and games http://t.co/cjnospxuVF

Project Tango is pretty hush-hush for now, but tech insiders expect that Tango will get some serious time in the spotlight at Google’s I/O Developer Conference in June.

4. There Are Tons of Real-World Applications

Project Tango has tons of interesting real-world applications. The Wall Street Journal suggests that it could be used to help the blind navigate a room with confidence by building 3D models of a room. There are also potential applications in gaming, navigation apps, and advertising.

if 200 developers get access to Google's Project Tango and all we see from it are dumb augmented reality games, the project has failed.

TechCrunch notes that, despite the battery-draining 3D scanning features this phone is expected to have, Project Tango will likely have decent battery life. They explain:

“Google is using Movidius’ Myriad 1 vision processor platform for Project Tango. For the longest time, embedding these kinds of sensors into phones was not just prohibitively expensive, but because it tends to be computationally demanding, they would also drain a phone’s batteries rapidly. The latest generation of vision processors, however, uses significantly less power, which was likely a reason why Google was able to go ahead with this project. “ 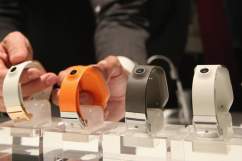