Mark Zuckerberg will be a keynote speaker at Mobile World Congress 2014. He will be speaking today at noon, Eastern time.

According to Mashable, the keynote address will include another guest as well. Mashable reports:

“Tech journalist David Kirkpatrick, who will also appear on stage with Zuckerberg, will chair the keynote. The two ‘will explore the importance of extending the benefits of ubiquitous Internet access to the unconnected world,’ according to MWC organizer GSMA, a group that represents mobile operators. “

Here’s how you can watch Zuckerberg’s speech:

MASHABLE: Click here. There will be a livestream, as well as live blogging commentary.

THE VERGE: Click here for live coverage of the keynote. 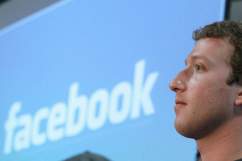