Insiders say that Apple’s iOS 7.1 will launch sometime in early March. Here is a list of features and improvements that are rumored to be in the works.

As promised, I wrote my take on iOS 7.1’s new Button Shapes. Spoiler: to only critique the look is to miss the trees. http://t.co/5XrSha25qm

TechCrunch is reporting that the third Beta version of iOS 7.1 had a number of cosmetic changes, as follows:

“…the company has revamped the phone dialer, in-call screen, and power off screen, with a tendency to favor circular buttons where there were once rectangular ones…Screens associated with phone calls are getting a makeover, with round green and red buttons at the bottom of the dialer and call-in-progress screen, respectively.”

Apple's iOS 7.1 Update Can't Come Too Soon, Because The Bugs Are Piling Up by @redletterdave http://t.co/jftaRSV0cL

VentureBeat writes that iOS 7.1 will have “a variety of bug fixes.”

On his personal blog, TechCrunch contributor MG Siegler outlines a number of bug problems in iOS 7 that will hopefully be addressed with the launch of 7.1. In addition to crashes when taking photos or sending email, Siegler writes:

“A number of times a week my phone will become completely unresponsive to any sort of touch input. A hard restart is required to fix it. Switching between apps also seems to crash the system numerous times a week (in particular on the iPad mini).”

It is expected that iOS 7.1 will be more stable, and will address these common iDevice user complaints. PC Mag adds that one bug fix that is coming should address a password bypass problem that can affect Find My iPhone.

Digital Spy hints that iOS 7.1 may allow users to make use of “iOS in the Car,” a feature that lets people sync their devices with their car’s dashboard. You can see a demo in the video above.

Digital Spy explains more about the system and the video above:

“iOS in the Car is designed to work in conjunction with the dashboard systems of Apple’s manufacturing partners, allowing users to make phone calls, control their music, and access mapping services while behind the wheel.

The footage, which was uploaded without sound, suggests that all commands must be carried out via Siri as no keypad is present on the system’s display. A multi-tasking interface lets users switch between apps and music control via the home button.”

Will a "working" calendar app come along with it? Please?! @verge: iOS 7.1 will reportedly hit in March http://t.co/4uPdI6LhYA

PC Mag notes that one nice change to look forward to will be the improved Calendar. iOS 7.1 will include an “event list view for those just looking for a quick way to see what’s coming up in their busy lives.”

iOS 7 has a lot of awesome, secret features. Check out our top 10 favorites: http://t.co/gMmwElHOoD

According to 9to5Mac, iOS 7.1 won’t have any secret features. But then again, that’s the funny thing about secrets…nobody knows about them until they stop being secret. While secret features seem unlikely, they aren’t necessarily off the table for iOS 7.1.

Past “secret features” in the iOS environment have included night mode for Maps, as well as the ability to wipe a device after too many failed password attempts, according to Lifehacker. 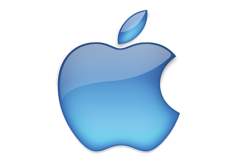