The 10-inch Lenovo Miix 2 tablet is a convertible tablet that runs Windows 8.1. It comes in two varieties: 64GB and 128GB. Lenovo currently has the two Miix 2 tablets available at a discount on their website for $499 and $599, respectively. As appealing as those discounts are, however, you should read the following reviews before you buy a Miix 2.

TechRadar‘s hands-on review of the Miix 2 compared it favorably to the original Miix tablet offering. Praising the device’s powerful specs and sleek form factor, the reviewers did have some qualms about the construction of the magnetic dock. The review concludes:

“The Lenovo Miix 2 has internals that really intrigued me. It’s also compact, light and attractive. Still, I have a hard time imagining a detachable in my life.

Then again, I’ve never been an iPad and keyboard dock kind of guy, and that seems to be Lenovo’s target here. If the Microsoft Surface 2 is what you want, but the price is too rich, this could be your machine.”

In their review, PC Pro praised the updated Miix offering, particularly the audio “oomph” that the keyboard provides.

“Where Lenovo’s Yoga devices work their magic with a 360-degree hinge, the Miix 2 uses hidden magnets. This allows the tablet and keyboard combo to flip into three positions. The tablet snaps flush, face-down onto the keyboard for when you’re on the move; slots in upright for laptop use; or turns about-face to allow the keyboard to act as a stand.

This isn’t a subtle tweak to the original Miix design – the Miix 2 range has been entirely transformed. Both the 10.1in and 11.6in models look sleek and sharp, finished in tough-feeling silver plastics, and they have a nice heft to them, too. Our only moan? Lenovo’s use of plastic rather than aluminium means there isn’t the solidity of Microsoft’s Surface tablets.”

3. CNET: “An Ultraportable Computer for the Indecisive”

CNET got some hands-on time with this powerful tablet, and praised the 10-inch models portability. The tablet alone weighs 1.3 pounds, but note that the keyboard dock adds another pound to the total weight.

“This keyboard seems to be a better solution than the folio-style keyboard case that was available for the original Miix and is closer to what you could get with the ThinkPad Tablet 2. It’s sturdier, so you should be able to more easily use it on your lap and there’s a built-in touch pad.

The tablet rests in a slot at the back of the keyboard, so you’re stuck with just one viewing angle when it’s docked, which might be the biggest negative for the design. However, to go along with its tablet and laptop modes, you can flip the screen around and use the dock as a stand for media playback.”

SlashGear‘s review of the Lenovo Miix 2 line was gushing with praise. However, they did dislike the touchpad, which they deemed as both too small and somewhat unresponsive.

“For us, the Miix brings an innovative design, and two screen sizes only deepens our enjoyment. In regard to other Lenovo convertibles, you’re “missing” Tent mode, but we aren’t missing it. The magnetic hold the base has on the screen is strong enough to hold up to movement, but we wouldn’t suggest swinging it around your head.

It snapped off easily, but the base does a good job of holding it in place when bumped or tapped. The Miix is sleek, modern, and highly portable. We also really enjoyed the seamless efficiency of Lenovo’s Miix. Watching a video, we simply snapped the screen off and began walking to other parts of the room. The video never missed a beat or stuttered, and the magnetism didn’t ask us to struggle with taking it off.”

5. The Verge: “Disappointing for Some”

Apple won't be number one in tablets much longer http://t.co/iWQcR9XDpY

The Verge got some hands-on time with the Lenovo Miix 2, and their report was generally favorable. However, they felt that the design was a bit cumbersome in terms of the magnetic display options. They wrote:

“The weird part of this design is when you attempt to pack it away. With a traditional laptop you simply push the display towards the keyboard and it all snaps away thanks to the hinge. With the Miix 2 you can take the same approach, but it’s slips out of one magnet and attaches to another in an odd changing of the guard. Although it supports two modes in the dock, a flat tablet-style mode doesn’t work. It tries to attach, but it’s clearly not designed to slot into that particular orientation. That might be confusing or disappointing for some, but you can always separate it from the dock and use it as a regular tablet.” 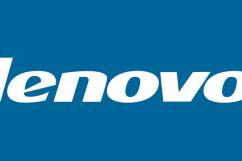