1. Before Zuckerberg, There Were Stats

Kudos to Zuckerberg articulating the truth that the billion people already on Facebook are generally the billion most privileged.

The keynote address began with an visual presentation about the future of mobile communication, set to some pretty thumpin’ techno beats. The video presentation included a ton of interesting facts, such as “Mobile operators will connect another billion people by 2020.” Currently, Facebook has 1.2 billion users.

Before Zuckerberg came out on stage, he was introduced by David Kirkpatrick, author of “The Facebook Effect.” Kirkpatrick talked a bit about how the real Mark Zuckerberg is nothing like the fictionalized version of Zuckerberg from “The Social Network.”

2. WhatsApp Was the First Topic of Conversation

Given Facebook’s recent multi-billion dollar deal to buy WhatsApp, it’s no surprise that WhatsApp was the first topic of conversation.

“WhatsApp is a great company and it’s a great fit for us. It’s the most engaging app that we’ve ever seen exist on mobile so far,” Zuckerberg said.

Later in the talk, the topic circled back around to WhatsApp again. Zuckerberg noted that making WhatsApp a part of Facebook makes it easier for WhatsApp to connect people. WhatsApp and other similar services are “basic services” that Zuckerberg thinks everyone should have.

When asked if the Facebook/WhatsApp deal would change WhatsApp’s attitude towards private data, Zuckerberg said nothing about WhatsApp was going to change.

“The vision is to keep the service exactly the same,” he told the crowd.

“Most people in the world don’t have an Internet connection…People often talk about how there are 5 billion phones in the world. That sort of carries an implicit assumption that people are going to have a connection to the internet. But that’s just not true,” Zuckerberg explained.

Internet.org is a project that Zuckerberg supports, along several other major tech companies. The goal of Internet.org is to bring Internet access to the developing world, with the aim of improving the global economy through access to educational and business materials available online.

Zuckerberg spoke passionately about the high costs of data connections to the Internet, and how those costs can be prohibitive to new users.

Zuckerberg went on to add that building the infrastructure for a more global internet will be a joint effort between tech companies, governments, NGOs, and many other public-private partnerships.

“I think we’re probably going to lose money on this for quite a while,” he admitted.

5. Zuckerberg Is Being Selective About Their Partners

Zuckerberg says Facebook used to eat 14mb a day for a person, they have optimised it to about 2mb a day #MWC14

Zuckerberg notes that his company and Internet.org don’t have many more open slots for additional partners, but they are still looking.

“For the next year we’re really just looking to work with maybe 3 or 5 countries that are really serious about connecting everyone in their country to services,” he said.

Zuckerberg added that Facebook recently partnered with Ericsson to build a lab at its campus. The purpose of the lab is to allow third-party developers to test the amount of data they’re using in an app, and to replicate the experience of their users around the country. 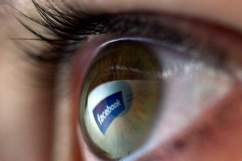