After a string of problems, Tokyo-based Bitcoin exchange Mt.Gox appears to be no more. The Associated Press is reporting that Mt.Gox is insolvent. Mt.Gox, at one time, handled over 75 percent of all Bitcoin transactions.

Here’s a guide to 5 other Bitcoin exchanges you can use instead.

There’s a lot to like about Cointrader, a Canadian-based Bitcoin exchange. Their flat transaction fee is 0.5%, which is generally considered quite low. Cointrader registration takes just a few seconds, and can be completed right on the main landing page. The site makes it extremely easy to see current Bitcoin value. Cointrader also operates a Bitcoin ATM in Vancouver, making this exchange particularly desirable to residents of that city.

But beware: Cointrader has had some problems lately. Earlier this week, Cointrader was in the news after a Canadian bank severed ties with the Bitcoin exchange. Bitcoin news site Coindesk reports:

“Bank of Montreal, the fourth-largest bank in Canada, has closed all Cointrader customer and corporate accounts, the Vancouver-based exchange revealed via blog post on 17th February.

Most notably, Cointrader suggested that the decision is part of a broader move by Bank of Montreal to sever ties with all of the virtual currency businesses it serves.

Cointrader CTO and co-founder Paul Szczesny said such a move would have a larger impact on the country’s burgeoning bitcoin ecosystem, and blamed recent warnings from the Canadian government for the bank’s decision.”

BTC China is a Bitcoin exchange that is known for low trading fees. The fees have ranged from anywhere between 0% and 1% in recent months, with trading commission fees on February 24, 2014 as low as .1%.

BTC China uses an offline Bitcoin storage system called Picasso, which is said to be highly secure. While the site does have a lot of Chinese characters, there is plenty of English as well, which makes it easy to navigate.

Coindesk notes that BTC China is an interesting exchange, as Bitcoin traded there is sometimes traded at a slightly higher rate than at competing exchanges like Huobi and OKCoin.

You can sign up for a BTC China account and start trading here, using a step-by-step registration guide. The process requires just five steps before you can start trading.

Bitstamp is an exchange with trading fees as low as .2%. In the wake of the Mt.Gox insolvency, Bitstamp has stated that they will be providing quarterly reports on their site and doing financial audits. Bitstamp is based in the United Kingdom.

Open a free account with Bitstamp here, or read their How to Buy Bitcoin guide here.

Based in Bulgaria, BTC-e is a Bitcoin exchange with a somewhat intimidating, information-rich homepage. You can register for a BTC-e account here, or read their FAQ. The FAQ lays out the fee policy, as follows:

“BTC-e charges a 0.2% fee on each transaction carried out by users on the website. This transaction may vary and may be different for each individual account.”

Coin.MX has a simple user interface that lets you buy and sell Bitcoin. Based in Florida, Coin.MX is clearly and thoughtfully organized so even a newbie can understand Bitcoin transactions. You can create a Coin.MX account here. They also offering Litecoin exchanges, which is good for those who want to diversify their cryptocurrency portfolio. 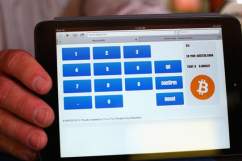