It’s been a bad week for Mt.Gox, a site that was once the world’s leading Bitcoin exchange. After a massive theft forced the site into insolvency, people are talking about a “Bitcoin bailout.” Here’s what you should know about this developing story.

1. Mt.Gox Has Filed For Bankruptcy

“Mt. Gox’s bankruptcy, filed with the Tokyo District Court under Japan’s Civil Rehabilitation Law, which is similar to Chapter 11 in the United States, will mean that a bankruptcy supervisor is set to develop a restructuring plan, and will also be responsible for handling any payment of claim distributions to its creditors. That process could take form several months to several years.”

2. Many Bitcoin Users Support a Bailout for Mt.Gox

Bitcoin may seem like a dirty word in the wake of Mt.Gox, but that didn’t stop a Bitcoin boutique from opening earlier this week. The Bloomberg video above has the scoop.

Forbes writes that many Bitcoin users actually support a TARP-style bailout for the troubled Mt.Gox exchange.

Forbes sums up the situation:

“Some users suggested that all Bitcoin users should donate a small amount of their virtual stash to help recapitalize Mt. Gox, which is missing about 750,000 Bitcoins. They compared this idea to the Troubled Asset Relief Program, which amounted to about $475 billion, or roughly $1500 per American taxpayer. Others recommended that Mt. Gox begin issuing its own rescue bonds, which would pay out when the exchange stabilizes.”

3. The Mt.Gox Exchange Has Been Shut Down For Now

If you visit Mtgox.com, you won’t find a Bitcoin exchange, but simply a message from the site’s operator. The message reads:

As there is a lot of speculation regarding MtGox and its future, I would like to use this opportunity to reassure everyone that I am still in Japan, and working very hard with the support of different parties to find a solution to our recent issues.

Furthermore I would like to kindly ask that people refrain from asking questions to our staff: they have been instructed not to give any response or information. Please visit this page for further announcements and updates.

In short, there is no definite word on when/if the site will re-open, and no words of support for the proposed Mt.Gox bailout plan.

4. Mt.Gox’s Crisis Is ‘The Best Thing to Happen to Bitcoin’

Not everyone thinks that Mt.Gox’s bankruptcy filing and subsequent bailout proposal has been a bad thing for Bitcoin. In a controversial article for The Guardian, Heidi Moore argues that Mt.Gox’s shutdown is “the best thing to happen to Bitcoin in years.”

“Bitcoin, for all the hype about its future as the next big digital currency, was operating in an amateur-hour ecosystem of wannabes. It was as relevant to society as the old, forgotten Harlem Shake meme of last year. And Bitcoin’s perceived appeal to criminals kept it from going further. In hearings in Washington in November, regulators couldn’t think of many things they hated about Bitcoin except its past connections to the unethical: druggies, dictators and money launderers.

Then the first cord was cut between Bitcoin and its past: Silk Road collapsed. Look what happened afterward: bitcoins have been winning more and more influence.

After Silk Road, bitcoins’ price may have suffered briefly, but its reputation soared. Bitcoin has slowly become more accepted as a currency, from dating site OK Cupid to car company Tesla.”

In short, Moore argues that the Mt.Gox shutdown is likely to be a tipping point that propels Bitcoin into a greater sphere of legitimacy.

Bitcoin needs a bailout. It wouldn't surprise me to see that happen either by recapitalizing Mt Gox or by open market buys of bitcoin.

While it is true that the price of Bitcoin dropped due to Mt.Gox’s financial problems, the collapse of the Mt.Gox exchange isn’t necessarily the death knell for Bitcoin as a currency.

“Roger Ver, a Tokyo resident who has provided seed capital for bitcoin ventures such as Blockchain.info, a registry of bitcoin transactions, said he believes bitcoin will survive, possibly emerging with better technology that’s safer for users.

He said Mt. Gox people were likely sincere but had failed to run their business properly.”

While many Bitcoin users have had their confidence in the currency shaken in recent weeks, there are many other Bitcoin users who are certain that Mt.Gox is just a symptom of growing pains, and not the currency’s last gasp. 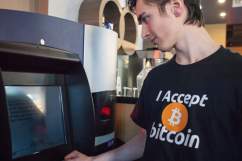 How to Secure Your Bitcoin Wallet & Prevent Malware Theft