Namecheap experienced a DDoS attack on February 20. What is a DDoS attack? How does it affect you? Here’s what you need to know.

I was mesmerized by how calm my inbox was today until I noticed the namecheap DNS troubles. Fixed and flooded.

TechCrunch reports that Namecheap is experiencing a DDoS attack. Namecheap hosts 3 million domains, so this means that some of your favorite sites may not be working properly right now as a result.

Single point of failure: DDOS on @namecheap DNS has brought down most of my sites. http://t.co/yojxj9CP30 Hola @CloudFlare

Distributed Denial Of Service attacks occur when a cyberattacker floods a website with so much traffic that the page is no longer able to respond. A similar malicious attack affected Reddit last year.

3. The DDoS Attack Has Unknown Origins

Epic. "There are currently 160 chat request(s) before you in the chat queue." I hope @namecheap support is getting paid well. ;)

TechCrunch notes that, at this time, the origins of the attack are unknown.

4. Namecheap Is Working to Resolve the Issue

Servers are continually being restored. We are aggressively monitoring the issue and working on it.

In a statement on their site, Namecheap says they are working to resolve the issue. However, there is no ETA for when the issue will be resolved. The statement reads:

“To our regret most of our Free DNS and Default v2 nameservers are under DDoS attack.

Unfortunately, there is no current ETA for the issue. We will keep you updated on the progress.

If your affected domain name is using DNS V2, it is possible to switch it to our backup DNS V1 system. It can be done in the following way:

Sign in to your Namecheap account
Select Manage Domains in the My Account area. It can be reached by clicking on your username on the black bar located at the top of the page
Click on the domain you wish to modify and select Switch to DNS System V 1
Put a check mark on Transfer your domain to DNS System V 1
Click Save Changes
Please accept our sincere apologies for the inconvenience caused. Thank you for your continued support and patience.

If your site is down because @namecheap is under DDoS, you might want to give http://t.co/QOVaYohflq a try. They're awesome!

Namecheap was recently in the headlines for a good reason. The company recently celebrated their 3rd Annual “Move Your Domain Day.” A press release says that Namecheap earned a lot of money for charity during the event.

“On MoveYourDomain Day 2014 – February 5, 2014 – Namecheap customers transferred a total of 27,675 domains and raised $42,451.50 in donations for EFF, the Electronic Frontier Foundation. EFF is a member-supported organization that educates the public about digital rights.
Namecheap CEO Richard Kirkendall had this to say: ‘In these last three years, Namecheap has raised more than $140,000 for EFF. We’re proud to partner with this great organization in the ongoing fight for free expression and an open internet. Big thanks to everyone who participated in MYDD 2014.'”

It’s possible that some people who recently moved their domains to Namecheap might be upset about making the change in the wake of these DDoS attacks. 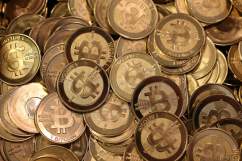