Neil Smit, Comcast’s CEO, is in the headlines after The Hollywood Reporter pegged him to “become the most powerful and scrutinized executive in pay television.” Here’s what you should know about this Comcast exec.

The corporate chain of command at a company like Comcast can be a bit confusing. The Comcast Executive Biographies page lists Neil Smit as “President and Chief Executive Officer, Comcast Cable” as well as “Executive Vice President, Comcast Corporation.”

Brian L. Roberts, another Comcast bigwig, is listed on the same page as “Chairman and Chief Executive Officer, Comcast Corporation.”

According to a profile on Forbes, Neil Smit has an annual salary of $1.5 million, as of 2012. That same year, he made an additional $1 million in bonuses.

3. Neil Smit Was a Navy Seal

The Los Angeles Times has reported that Smit served as a Navy SEAL for nearly six years. At the time of his retirement from the Navy, Smit was a lieutenant commander.

The LA Times adds that this former SEAL is positioned to oversee Comcast as it moves forward:

“Neil Smit, Comcast Cable chief executive and a former Navy SEAL, this week was named Comcast’s go-to guy: the executive who would closely oversee the integration of at least 8 million Time Warner Cable customers into Comcast, which already has nearly 22 million video subscribers.

In the Hollywood Reporter‘s analysis of Smit, they cite a source who refers to Smit at “a hands-on technophile.” That seems like a fair assessment, given the fact that Comcast has launched 40 products in just the past two years.

5. Neil Smit Is Cool Under Pressure

Back when he was working for Charter Communications, Smit gave an interview with St. Louis Commerce Magazine. In the interview, Smit talked about one of his early jobs, working for a crisis management firm.

“Their primary business was kidnapping negotiations,” Smit says. “You know, as a Navy SEAL when you parachute into a situation, you’ve got to figure it out pretty fast. This was no different. I had to make a quick assessment of a situation, plan action and communicate it to everyone involved. I did this until we had our first child. Then, my wife said I needed to find a new career.”

Whatever Smit is asked to do for Comcast in the future, it is likely that he will be able to keep his cool even in the most pressure-filled of business situations. 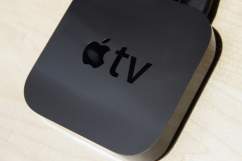 Apple TV With Time Warner Cable Content Due in April: 5 Fast Facts You Need to Know