1/5 of all Macs still run on Snow Leopard, but recent new suggests that the OS has some serious security holes. Here’s what you need to know.

One in 5 Mac Users at Risk as Apple Stops Security Updates for Snow Leopard. http://t.co/creZzEwDpP

TechRadar states that 1 in 5 Macs still run on Snow Leopard. The OS X Snow Leopard platform debuted back in 2009. Snow Leopard is Mac OS 10.6. Since its debut, it has been followed by Lion, Mountain Lion, and Mavericks.

According to TechRadar, Apple has skipped over Snow Leopard on the last two security patches, which seems to indicate that they will not be offering full support for Snow Leopard going forward. This means that Snow Leopard users may be susceptible to cyberattacks.

Snow Leopard’s last update patch was way back in September 2013.

3. Snow Leopard Is the Only Option For Some Mac Users

Unfortunately, many Mac users can’t solve their security problem by simply upgrading to Lion. Snow Leopard was the last generation of OS X that was compatible with Apple’s PowerPC processor. If Mac users with older computers want to stay secure, they will likely have to upgrade to an entirely new machine, instead of just updating their OS.

“Like Snow Leopard, Microsoft has announced that it will discontinue security updates for Windows XP on April 8. That will pose a potentially much more serious security problem. An amazing 29% of computers across the globe are still running Windows XP, according to NetMarketShare. Comparatively, just over 1% of the world’s PCs are running Snow Leopard.”

5. Snow Leopard Is Still On Sale

As of this writing, you could still buy Snow Leopard from Apple for $19.99. It seems odd that Snow Leopard would still be on sale when so many news outlets are reporting the imminent demise of security updates for this OS.

ReadWrite notes that other support for Snow Leopard is likely to end soon, too. They write:

“If you don’t own a 64-bit Mac, it’s now impossible to get upgrades.

But the worst part? When Apple drops a platform, so does everyone else. Now it won’t be long until later versions of Chrome and Firefox no longer mesh with Snow Leopard. It’s just a shame how Apple customers are penalized if they haven’t purchased new Mac hardware since 2009.” 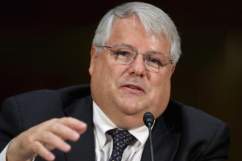