Yahoo! has partnered with Carnegie Mellon University on Project InMind. This new project could potentially help Yahoo! to develop an app like Siri. Here’s what we know so far…

1. Project InMind Is a $10 Million Grant

Mashable reports that Yahoo! gave a $10 million grant to Carnegie Mellon. In exchange, CMU researchers get access to Yahoo’s data for five years. The goal of the project is to help computers better understand natural speech, and many tech insiders assume that the end result of this project will be a Yahoo-owned voice program like Apple’s Siri.

You can see the Yahoo!/Carnegie Mellon announcement in the video above.

2. Carnegie Mellon Is a Top School for Computer Science

Carnegie Mellon’s press release about the InMind partnership notes that the school is widely regarded as a top computer science school.

“Its programs reflect a broad view of computer science, encompassing such disciplines as robotics, language technologies, machine learning, human-computer interaction and computational biology, while preparing students to use computation to transform society.”

The video above provides an in-depth look at the program. The InMind Campus Talks in the clip above were held following the announcement by Yahoo and Carnegie Mellon University.

3. Carnegie Mellon Has a Long History of Voice Programs

The computing experts at Carnegie Mellon have made headlines many times over the years. Perhaps most relevantly, Carnegie Mellon created a “roboceptionist” named Valerie back in 2004.

Valerie, pictured above, was unique in her abilities to tell stories to passersby, as well as being able to provide directions to lost students. Carnegie Mellon explained:

“Valerie…sits in a specially designed reception booth in the Newell-Simon lobby, turning her brilliant blue gaze on everyone who passes by. Her sensors alert her to the presence of people and she offers assistance and directions to lost, confused or questioning visitors.

Valerie spends a lot of time talking on the telephone—just like a human receptionist. People can overhear her conversations with friends, business callers and with her parental advisor, her ‘motherboard.’ If you ask the right questions, she’ll tell you about her life, her psychiatrist, her aspirations to be a lounge singer and how much she hates to date vacuum cleaners.”

Building on a personality-packed prototype like Valerie might just give Yahoo’s Siri competitor an edge over Apple and other voice-controlled interfaces.

4. Carnegie Mellon’s Students and Staff Will Test the New Apps

MIT Technology Review reports that Carnegie Mellon’s staff and students will be the most likely alpha testers for any new voice technology apps being developed through Project InMind. The Review writes:

“Under the five-year project, announced last week, researchers at the university’s machine-learning department will get access to the technology running Yahoo’s current services, such as mail and news, and will be able to develop new applications to extend them. Those experimental apps and services will be tested by Carnegie students and staff who allow them access to their Yahoo accounts, a group potentially numbering thousands of people.”

5. Yahoo’s Siri Competitor May Have an Edge

Mashable relays that “Yahoo is seeking to meld contextualized search with voice interaction, something Siri does not do.” 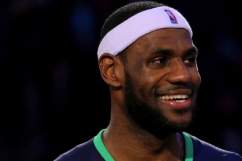