The Samsung Galaxy Gear will have a bendable display. http://t.co/225c0UXKYr pic.twitter.com/uwXCIvbk5h

Sales for the original Galaxy Gear smart watch were disappointing, so its somewhat surprising that a new Galaxy Gear model is going to be pushed out so soon. Engadget remarks that this decision to debut the Galaxy Gear 2 at MWC this month actually does make good sense:

“Samsung isn’t going to wait for its usual yearly product cycle to launch a new Galaxy Gear — apparently, the second version of the smartwatch is also on the Unpacked agenda just a few months after its predecessor arrived. The product’s quick turnaround would certainly be a huge surprise, but given its relatively poor reception and reportedly low sales, it’s not unreasonable to suggest that the company wants to push out a new and improved version as soon as possible.”

NDTV Gadgets has reported that the next-gen Galaxy Gear will be 15 to 20 percent thinner than the current model. This might make it more appealing to people who want to wear it while working out, or people looking for a more aesthetically-pleasing profile.

In the CNET article “Three Things Samsung Learned from Galaxy Gear Version No. 1,” author Shara Tibken outlines where Samsung went wrong with the first Galaxy Gear. Arguing that the first-gen Gear suffered from a “high price tag, weak battery life, [and a] wonky voice command feature,” Tibken argues that the Galaxy Gear 2 will focus on improvements in those weak areas. In addition, a screen that displays more info and a replaceable band are other likely improvements.

Samsung apparently knows Galaxy Gear 2 has no hope if it costs $300 http://t.co/O2jdAFZFvU by @bwreedbgr

TechRadar reports that the Galaxy Gear 2 is likely to have GPS. This would make the watch appealing for navigation purposes, perhaps even opening up the market to outdoorsmen who want to track their movements in the middle of nowhere.

How to use Evernote on the Samsung Galaxy Gear Smartwatch http://t.co/xer0BzLImf

UPDATE: USA Today is reporting that the Gear 2 will run Tizen, a Linux-based operating system, rather than running on Android. USA Today writes:

Samsung is also trying to avoid giving Google too much power as the world’s largest Internet search provider develops a version of Android for wearable devices. Some developers and hardware makers are concerned that this new wearable Android OS may be less open than the original mobile platform, although it is too early to tell how Google will approach this.” 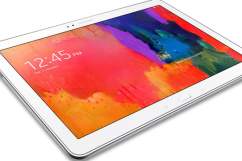