So, you know that you want a 12-inch tablet computer from Samsung. But which one?

Should you hold out for the Tab Pro, or buy a Note Pro now? Here’s how these two 12.2-inch Android tablets differ…

While both the Tab Pro and Note Pro families come in 8.4, 10.1, and 12.2 inch varieties, these similarly-sized tablets will have notably different price tags. The Tab Pro 12.2 is expected to retail for $649, while the Note Pro 12.2 will cost $749 and hit the market about a month earlier than the Tab Pro.

Both devices offer the same options for graphics (either an ARM Mali-T628MP6 GPU on the Wi-Fi model, or an Adreno 330 processor on the 4G/LTE model.) Wi-Fi models will be available first, with Verizon offering up 4G LTE versions later this quarter, according to Computerworld.

Engadget notes that both devices will come with “50GB Dropbox space for two years, a $25 Google Play credit, three-month trial Hulu Plus subscription, six months of Cisco WebEx Premium 8 and a year subscription with Bloomberg Businessweek.”

3. Stylus Features and Other Differences

Here’s where the Tab Pro and Note Pro will differ. According to Computerworld, the Note Pro will include a Samsung S Pen, as well as functions called Air Command and Pen Window. These productivity-boosting tools allow users to access apps more expediently. The Tab Pro will not have the stylus.

Another difference between the two models, according to Samsung, is that there will be a Note Pro 3G, but no 3G model on the Tab Pro line.

The Note Pro has been designed to appeal to busy professionals on the go, people who are generally interested in full-featured productivity tools. Android Central also notes that the 12.2-inch Note Pro is likely to appeal to students and artists. The inclusion of the Samsung S Pen stylus make this particular Samsung tablet ideal for extended note-taking, as well as drawing. The Note Pro is also designed to play nice with Wacom inputs.

In contrast, the Tab Pro is likely to appeal to tablet fans who are more interested in using their device for mobile gaming, watching movies on the go, or doing less writing-intensive work.

In short, both the Note Pro series and Tab Pro series of tablets are high-end, premium offerings. For Samsung fans looking for a large screen tablet with a powerhouse processor, either of these models will work well.

That being said, the Note Pro is the best tablet for writing and drawing. If you don’t plan to use your new tablet for extending note-taking or art projects, then you can wait until March when the Tab Pro hits store shelves and save a little cash.

Ultimately, choosing between the two 12.2-inch models comes down to personal preference. With nearly identical specs and features, users have to decide if they prefer working with a stylus, or enjoying a more hands-on, tactile approach to tablet controls. 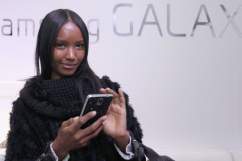