Ready for your own personal cellular network? Artemis pCell is making it happen: http://t.co/FbIw4y8Sey pic.twitter.com/n4hnWsFrSX

One major frustration that smartphone and tablet fans encounter is slow speeds. pCell, or personal cell technology, aims to change all of that.

“The technology will enable full-speed wireless broadband to every mobile device, regardless of how many users are using the same wireless spectrum at once.

If that sounds impossible, it is. But Perlman’s new startup, Artemis Networks, has been working on the technology for a long time. Perlman first disclosed it a few years ago and is now launching it.”

In other words, no matter how many people you’re sharing your broadband connection with, it would feel like you’ve got the connection all to yourself. No more lag, no more sluggishness. The pCell is being described by Perlman as “the wireless equivalent of fiber-optic cables.”

2. pCell Is Based on Steve Perlman’s DIDO Prototype

You can see a demo of pCell in the video above. But pCell never would have been possible without DIDO.

Steve Perlman has been working on this project for years. His first prototype of the technology, known as DIDO, was unveiled in a 2011 issue of Businessweek. The DIDO name stands for “distributed-input-distributed-output.”

In the 2011 article, Perlman explained that his invention would be 1,000 times faster than the current cell networks, put an end to dropped calls and network congestion, and allow people to stream high-definition movies with ease.

3. Many Tech Insiders Are Skeptical of pCell

Plenty of people are skeptical about pCell technology, either because of the dramatic claims about its speed, or because the pCell technology could face resistance from older wireless providers. Going back to the 2011 Businessweek article, the author speculated that “The greatest obstacle for Perlman… may be the telecommunications industry, which has invested billions setting up conventional cellular networks.”

Today’s tech commentators are also skeptical. A recent article on Re/code also expresses concerns that Perlman’s big ideas may not pan out, given his past failures:

“…while the infrastructure is potentially cheaper than traditional cellular gear, Artemis faces the task of convincing carriers to invest in a radical new technology coming from a tiny startup.

Perlman is no stranger to big ideas, but he has also struggled to get mainstream adoption for those technology breakthroughs.

After achieving fame and success selling WebTV to Microsoft, Perlman aimed to change the pay TV industry with Moxi but found that most of the large cable and satellite providers were not eager for such disruptive technology. Moxi was eventually sold to Paul Allen’s Digeo and the combined company’s assets eventually sold to Arris in 2009.

With OnLive, Perlman proposed using the cloud to deliver high-end video games streamed to users on a range of devices, a technology it showed off at the D8 conference in 2010. Despite cool technology, though, Perlman’s venture struggled and abruptly laid off staff in August 2012.”

You can hear Perlman talk about OnLive in the Bloomberg video above.

4. The Time Is Right For pCell

Has Steve Perlman solved all our wireless problems? Here's @CadeMetz on his mindblowing artemis project. http://t.co/BjkfhPZ8lF

VentureBeat reports that Perlman may be entering the marketplace at just the right time. According to VentureBeat:

“If it works, it could be just in time to save the world from mobile spectrum exhaustion. Mobile data demand doubled in the past year and it is expected to grow 25 times by 2020, far outpacing the physical limits of conventional cellular technology. Major areas like New York, Chicago, and San Francisco already have severe mobile congestion.”

5. Millions of Devices Are Ready Now

Answering my standing question of "What on earth is Steve Perlman doing lately?", some kind of crazy cell 'tower' http://t.co/fBTDxFSqoE

In an interview with Bloomberg Businessweek earlier this month, Perlman revealed that, not only does his technology work, but it works with existing devices that support LTE.

“That will shock people,” Perlman said. “It means we have hundreds of millions of devices out there that are ready to go.”

Artemis Network’s next plan is to install pCell transmitters on 350 rooftops in San Francisco. After that, the technology may become more widespread. 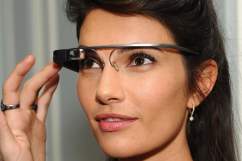