Tesla is building what they call a “Gigafactory.” This Gigafactory will build batteries to power Tesla vehicles. Tesla is expecting to hire 6,500 employees. If you want to work at the Gigafactory, here’s what you should know.

1. The Tesla Gigafactory Will Be Located in 1 of 4 States

Tesla's 'Gigafactory' 2 b powered by renewables. A very windy and sunny state is going to get those 6500 jobs. #tesla

Ground has not yet been broken on the Gigafactory, which aims to produce 500,000 batteries by 2020. Currently, four states are believed to be in the running for becoming the home of the massive factory.

“The plant is expected to employ 6,500 workers and Tesla is considering sites in Arizona, Nevada, New Mexico and Texas for the 10-million square-foot facility. What’s strange is that Texas is one of a handful of states where Tesla is currently prevented from selling its cars directly to customers through its own dealerships — currently the only way it does business. (You can purchase a Tesla in Texas, you just have to do it on your own, via the website.)”

2. Gigafactory Will Create Lots of Work, But Not Soon

The Bloomberg video above calls the Gigafactory the biggest battery factory on the planet, with the ability to effectively double the entire world’s lithium battery production. The video adds that it will cost $5 billion to build the factory, but that there is no date yet set for breaking ground on the Gigafactory project.

3. New Gigafactory Jobs Will Likely Be Phased in Over a Few Years

This document provides a timeline for the Gigafactory build as well. From this document, it could be inferred that Tesla will need to hire construction crews later this year. Around 2016, the company plans to begin the installation of their equipment, which will likely necessitate another round of hires. By 2017, the company plans to be in production and ramping up to a point where they can create 500,000 electric car batteries.

4. You Don’t Have to Wait For a Job Opening to Apply at Tesla’s Gigafactory

The Tesla site has a careers section where job hunters can browse open positions by location or team. There is also a place where college students can apply for positions tailored to college interns or recent college grads.

But you don’t actually have to wait for an opening at Tesla to apply for a job at the Gigafactory. Tesla accepts what they call “general applications,” which they keep on file. You can fill out a general application with Tesla here. If you think your work experience qualifies you for a Gigafactory job, it can’t hurt your chances to pass along your resume early.

If you’re serious about working for Tesla in general, or the Gigafactory in particular, it might interest you to know that the company’s employees have a generally favorable attitude towards their employer. Of course, there are some gripes, most notably about having to work long hours.

This 2012 Tweet-up transcript makes for an interesting read, as it talks about Tesla’s employee benefit package. Nate Randall, who runs the employee benefits program at Tesla, wrote that employees have “3 plan choices free to employees. HDHP, PPO & an HMO.” He added that the company’s philosophy was committed to giving employees good benefits: “Our benefits decisions are philosophy driven. That philos. is no barriers, do the right thing & create habits.”

If you want to learn more, you can read employee reviews about working at Tesla on Indeed.com or on Glass Door. 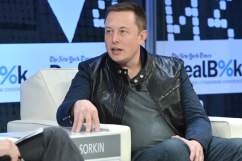