Greed for Glory is a fast-paced strategy game developed by PerBlue. Players need to build the strongest empire and wage epic war against Orcs.Lead a mighty army of Knights, Elven Archers, Wizards, and other creatures. Grow your village and keep evolving to gain more experience points. You can ask your friends for help if you want to get fast results. The battles have great 3D effects. You can download Greed for Glory from the Google Play Store here. 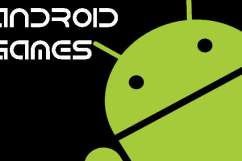