Age of Warring Empire is a strategy game developed by Silent Battle. Build an empire and lead troops into battle. Combat gameplay provides a fun and addicting experience for players. Find new ways to wage war and become the most powerful leader the world has ever seen. You can download Age of Warring Empire from the Google Play Store here. 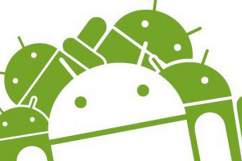 Top 5 Android App Updates You Need to Know About