A British surveillance team allegedly viewed millions of Yahoo! users over their webcams. Were you affected? Here’s everything we know about this developing story…

Important: UK spies have no legal restrictions on collecting or searching for Americans' data or webcam images http://t.co/2pLemz1FbO

Britain’s spy agency, GCHQ, targeted Yahoo! users. According to BBC News, much of what was being speed upon were images of a sexually explicit nature. It does not appear that non-Yahoo! users were targeted through this program, though that remains unclear.

The Verge is reporting that the Yahoo! users had their privacy violated between 2008 and 2012. In addition, it appears that British officials were working with the NSA.

“Images were reportedly collected every five minutes and were stored in bulk in agency databases. As with phone metadata, the GCHQ appears to have used the information it gathered to tie together individual suspects. In this case, it would also be able to confirm that through the captured imagery.

Because the imagery was largely tied to anonymous usernames, the GCHQ reportedly attempted to use facial recognition to match people in captured images with known targets. Bulk surveillance on Yahoo webcams apparently started in the first place because the GCHQ found that the service was being used by its suspects. “

The joint NSA-GCHQ plan was known as “Optic Nerve.” The Guardian reports that “Optic Nerve collected still images of Yahoo webcam chats in bulk and saved them to agency databases, regardless of whether individual users were an intelligence target or not.”

The Guardian explains a bit more about how the webcam image process worked under Optic Nerve:

“Rather than collecting webcam chats in their entirety, the program saved one image every five minutes from the users’ feeds, partly to comply with human rights legislation, and also to avoid overloading GCHQ’s servers.”

4. Millions of Yahoo! Users Were Affected

#GCHQ is out of control. And the vomit inducing Optic Nerve webcam spying shows it has been for years: http://t.co/ipiaCEZspR

An estimated 1.8 million Yahoo! users were affected by Optic Nerve. Not all of those users were found in compromising positions, however. Gawker notes that only “between 3% and 11% of the images gathered contained ‘undesirable nudity.'”

5. Legal Action Unclear at This Time, News of Program Leaked By Edward Snowden

I would be more aggrieved at Yahoo not encrypting than spies spying.

BBC News notes that public attention was drawn to this invasion of privacy due to documents leaked by Edward Snowden.

A Yahoo! spokesperson told The Next Web that Yahoo! was not complicit in the Optic Nerve program, which appears to have gathered their stolen images through Yahoo! Messenger:

“We were not aware of nor would we condone this reported activity…This report, if true, represents a whole new level of violation of our users’ privacy that is completely unacceptable and we strongly call on the world’s governments to reform surveillance law consistent with the principles we outlined in December…

We are committed to preserving our users’ trust and security and continue our efforts to expand encryption across all of our services.””

It is not yet clear if outraged users will attempt any legal action against Yahoo!, or against the surveillance agencies involved in the program. 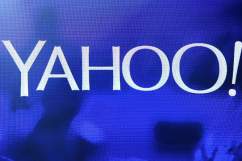