The founders of TiVo have a new project called Qplay. What is Qplay, and why should you be excited for it? Read this to learn everything you need to know.

The video above introduces the Qplay service. Basically, you use Qplay to curate and share video playlists

Gizmodo describes Qplay as “Flipboard meets Spotify, but for video.”

Gizmodo explains how it all works:

“The Qplay system consists of three components: the Qplay app, currently only available for iOS; the Qplay TV adapter, which streams video to the television via an HDMI connection; and the Qplay cloud service, which manages all the user’s Qs and handles streaming to the TV so even if the iOS device goes to sleep, the content on the TV will continue to play.

The entire setup is currently being marketed as an early adopter bundle for $50 at qplay.co.”

Qplay is the brainchild of Michael Ramsay and Jim Barton, who were previously involved with TiVo. GigaOM reports “the company has ambitious plans to eventually unite video clips from sites like YouTube, premium videos from services like Netflix and Hulu Plus and even live television.”

QPlay: a Spotify for video that streams to your TV http://t.co/Na5sxBLJto

See that little maroon box in the lower left of the tweeted image above? That’s the Qplay TV adapter. It costs less than some Roku players, but more than Chromecast. The streaming video marketplace is crowded, but the low cost of the device coupled with the ability to enjoy a long stream of content that mimics a TV experience could help make this device successful.

4. The Qplay Service Is Free

Another thing you can plug into your television set: http://t.co/sOD1qeevQe QPlay seems like Boxee meets TiVo.

CNET reports that the Qplay service itself is free, though that might change in the future. Other than the TV adapter, Qplay is free.

5. You Can Buy Qplay Now

My first impression of Qplay, from Tivo’s founders: love the social-TV concept, but need access to more good content http://t.co/peHiOsJGwQ

The Qplay system can be yours, right now. As it states on the Qplay site:

“Qplay is making this experience available today for viewers who want to play a role in the development of the service. During the early adopter phase, the app, TV adapter and cloud service are all bundled together. Viewers can purchase the Qplay TV Adapter today at qplay.co at a special limited time discount price of just $49. Since supplies are limited, users are encouraged to order early to get in the queue. A number of TV Adapters will ship immediately, first come, first served, and other orders will be treated as pre-orders, and will ship as soon as they’re available.” 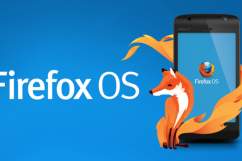