The FDA has approved Cefaly, a new type of device for migraine sufferers. Here’s everything you need to know about Cefaly.

1. Cefaly Is a Migraine Prevention Headband

Cefaly is a special type of headband that is worn for 20 minutes per day. Wearing the headband reduces the incidents of migraines in a given month. The device was created by Cephaly Technology, a Belgian company. Prior to FDA approval, the device was on sale in Canada and Europe.

“A 67-person study reviewed by the FDA showed patients using the device experienced fewer migraines per month than patients using a placebo device. The Cefaly headband did not completely eliminate migraine headaches or reduce the intensity of migraines that occurred.”

The Bloomberg video above covers some of the unusual research avenues for migraine treatments, including chili peppers and Botox. According to Bloomberg, millions of Americans suffer from migraines.

The Cefaly Headband works by stimulating the nerves associated with migraine pain with a safe amount of electrical current. The current is passed through the skin using reusable electrode pads that come with the device. Using the device can cause a tingling sensation.

A testimonial on the Cefaly site reads as follows:

“I will be sixty in November, so it is fair to say that I have been suffering both physically, emotionally and financially from migraine for over thirty years, but since I have been using the Cefaly I have been able to lead a normal life and have not had to pay nearly so much attention to what I eat or drink as well!”

3. Cefaly Can Help Migraine Sufferers Who Don’t Respond to Medication

Some migraine sufferers are unable to take prescription migraine drugs like Imitrex because they suffer from a potentially fatal side effect known as “serotonin syndrome.” Serotonin syndrome can lead to heavy sweating, shakes, seizures, vomiting, or changes in blood pressure.

Because Cefaly is not a drug, it can be used safely by those who have had adverse reactions to migraine medication.

The FDA has only just approved Cefaly this week, so it may take some time to show up in stores near you. The device currently sells for $250 in Canada, while the price listed on the Cefaly site is €295 ($400 US). Slashgear reports the US price is $349.99.

5. Cefaly Is Safe For Pregnant Women

Many women develop migraines during their pregnancy, but are unable to take strong medications to treat the pain due to the baby they carry inside them. Cefaly is safe for women who are pregnant to use.

Cefaly is not recommended for use in people under the age of 18, however. 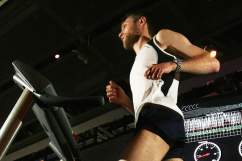