iOS 7.1 is finally available. Contrary to early reports from sites like Venture Beat, iOS 7.1 does in fact have a few hidden tricks up its sleeve. Here’s a quick rundown of the secret features and hidden controls in iOS 7.1.

This is far and away the coolest new feature in iOS 7.1. “Switch Control” allows you to use head gestures to control your phone. Switch Control can be accessed from the Settings menu. Select General > Accessibility, and then scrolling down to “Switch Control.”

Next, turn the control icons “on” for Switch Control and Auto Scanning. Finally, tap on “Switches” to create a new control. To create a head-based gesture, hit “Camera,” and then select either left or right head movement from the menu. You can assign these gestures to do basic things like open App Switcher.

The video above outlines this process in even more detail.

For iOS fans who wish they could make their interface a bit more customized, there’s good news. iOS 7.1 allows you to adjust the color/contrast of the display. Cult of Mac explains that you can now make the dock and folder backgrounds a dark grey. To do this, go into General > Accessibility. From there, you can toggle the switch for “Invert Colors” to radically change the color palette. Alternatively, you can scroll down to “Increase Contrast” and select the options for Reduce Transparency or Darken Colors.

iOS 7.1 feels much snappier for now. Hopefully it will be a major improvement over iOS 7.0, the worst apple OS since Mac OS 7.0 #dailycrash

The so-called “Parallax” wallpaper effect introduced in iOS 7 was controversial. Some users loved it, while others found that it gave them terrible motion sickness. You could turn off this motion effect in iOS 7, but it was a little cumbersome to do so. In iOS 7.1, it’s easier to turn this feature off. Just go to General > Accessibility > Reduce Motion, and toggle the switch on.

An added bonus: turning this feature off can provide slightly better battery life.

4. Get a Better, More Natural Siri

In iOS 7.1 you can keep home button held down to keep Siri listening

If you don’t mind your Siri speaking with a British accent, English speakers can access a new-and-improved Siri voice that has a more natural vocal cadence. You can hear a sample of the new UK Siri at Apple Insider.

To access Siri settings on your device, go to Settings > General > Siri, and select the voice you’d like to try out from the drop-down menu.

While Auto HDR mode isn’t exactly a “secret” feature, a lot of people may have overlooked this addition…especially since only iPhone 5s owners can access this Camera mode in iOS 7.1.

Auto HDR lets your iPhone automatically choose whether or not to use HDR mode while snapping a pic. HDR stands for High-dynamic-range imaging. Basically, HDR improves the quality of photos taken under certain conditions. HDR is ideal for landscapes and low-light scenes. To set Auto HDR in iOS 7.1, go into your Camera app and tap the “HDR Auto” text at the top of the screen. 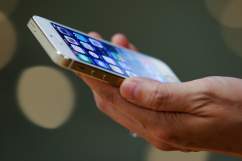 Read More
Apple, iOS 7.1, iPhone
A quick primer on the secret features and hidden controls of Apple's latest operating system update — including the option to control your phone with your head.