New York State Attorney General Eric T. Schneiderman, pictured above, is the latest proponent of the so-called “smartphone kill switch” movement. Lawmakers in New York, California, and the U.S. Senate are all supporting various bits of kill switch legislation. Here’s what you need to know about these proposed smartphone kill switch bills, and how they might affect you.

In addition, PC Mag notes that the U.S. Senate is also considering similar legislation. The Senate bill is supported by Sen. Amy Klobuchar.

“This legislation will help eliminate the incentives for criminals to target smartphones by empowering victims to take steps to keep their information private, protect their identity and finances, and render the phone inoperable to the thieves.”

The idea behind these proposed “kill switches” is to give smartphone owners a way to “kill” their devices remotely after being stolen. This would make the phones less appealing to thieves, who want to sell the devices. By making smartphones a less appealing target for thieves and muggers, lawmakers hope to reduce violent crimes and deaths due to mugging.

CBS notes that smartphone thefts can often end in death:

“In August 2012, Megan Boken, 23, was sitting in her car when a gunman stole her phone and then shot her in the chest and neck. In 2012, Hwangbum Yang, 26, was shot and killed in the Bronx during an iPhone robbery…”

Not everyone is excited about the idea of smartphone kill switches. According to a 2013 CBS News report, carriers may try to block kill switch technology:

“San Francisco District Attorney George Gascon says in his city, the theft of devices is almost 50 percent of all of their robberies and thefts…

Gascon suspects it’s because it would cut into big profits the phone companies make selling anti-theft insurance and replacement phones.”

4. Some Phones May Be Exempt From Kill Switch Laws

1.6M Americans were victim of a smartphone related crime in 2012. Do you think phones should have a "kill switch?"

Computerworld writes that some cell phones would be exempt from the proposed federal kill switch law. There is an exemption for “low-cost, voice-only” phones which use very little data.

It’s worth noting that penalties haven’t yet been laid down for manufacturers who don’t produce products in compliance with this proposed law.

Smartphone "Kill Switch": preventing phones from being stolen, or allowing the gov't to shut you down? http://t.co/rGuKB61IHn via @InaFried

Both the proposed federal law and the California law would go into effect in 2015. This doesn’t appear to give phone manufacturers much time to introduce a kill switch system. 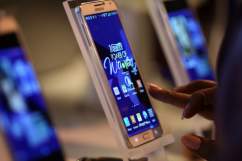