Samsung just launched a streaming service called Milk Music. What is it and why should you care? Here is what we know so far about this brand new music streaming app.

Milk Music, which just launched today, is an ad-free Internet radio service for Samsung Galaxy devices. You can learn more in the video above.

The Verge writes that, for now and for the immediate future, the app is ad-free. The app is powered by Slacker Radio, and uses the same 13 million songs from the Slacker library.

Of all the names in the world, Samsung chose Milk Music? what. the.

“You’ll be presented with a large round dial populated with nine different genre stations along with Spotlight and My Stations. Spotlight is a set of “what’s trending” stations curated by Samsung and Slacker that changes on a weekly basis.

According to Samsung, Spotlight is also an opportunity to deliver Milk Music exclusives and “first-listens” from collaborators like Jay-Z. My Stations, as the name suggests, are stations you create yourself based on a particular artist or song.”

3. Milk Music Is Already In Use by Another Party

When you search for “Milk Music,” the first thing that comes up might not be Samsung’s new offering, but an existing band that goes by the same name. You can listen to one of their songs above.

Milk Music the band has been active since 2008, at least according to their Wikipedia page. Milk Music’s album “Cruise Your Illusion” scored a 7.8 in a Pitchfork review.

4. Samsung’s Milk Music Is For Galaxy Smartphones Only

How long until LG copies Samsung's Milk music streaming service with something called Shake or Smoothie?

Not only is Milk Music a Samsung-only offering, but it’s limited to just a few select Samsung models. Pocket Lint reports that Milk Music is only available on Galaxy S4 variants, Galaxy S3, Galaxy S4, Note 2, and Note 3. The Samsung Galaxy S5 will support the app at launch.

I can't believe how much Samsung got wrong with this: (select) Galaxy only, limited skips, and no way to upgrade or buy tracks.

Even though it just launched today, Milk Music is already drawing ire. As you can see above, Verge editor Dan Seifert has some harsh words for Milk. The fact that the app is “Galaxy-only” also seems to be upsetting some Samsung fans. Being ad-free just doesn’t seem to be enough to counteract the limitations of this streaming music service, at least for some people. 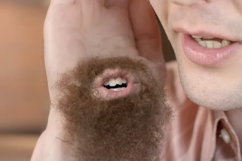