When it comes to buying your next smartphone or gadget, one of the big questions you have to ask yourself is how much you care about voice commands. If you are buying a device because you want to be able to primarily use your voice to set commands and appointments, then choosing your device based on the capabilities of the voice-activated assistant is key.

We’ve compared the best and worst features of Apple’s Siri, Microsoft’s Cortana, and Google’s Google Now offerings. Here’s a guide to help you determine which one of them is the best.

Exclusive: This is Cortana, Microsoft’s answer to Siri http://t.co/Q51HbAiQsX pic.twitter.com/c4CAftVvQl

Siri has been integrated with the iPhone line since 2011, when it was packed with the iPhone 4S. Siri’s features include sending texts, retrieving information, checking the weather, and taking dictation. Siri is known for being, at times, a bit sassy when you pose her a question. She supports English (both UK and US, as well as Australia and Canada), French, German, Mandarin, Japanese, Spanish, Italian, Korean, and Cantonese.

Cortana is Microsoft’s voice product. It will be able to pull in data from Bing and Foursquare. Cortana will offer a “Notebook” system, which allows it to index and access locations, trends in your personal movements, reminders, and contact info. The Verge notes:

“While Microsoft is using the Cortana name during its testing of Windows Phone 8.1, it’s not immediately clear whether the company will opt to use this particular moniker in the final version of the software. Microsoft is expected to unveil Cortana at its upcoming Build conference, and the company will also release a developer preview of Windows Phone 8.1 at the same time.”

Google Now works on both iOS and Android devices. Google Now works by pulling in “cards,” which let you share pertinent info about your day with others. For example, Google Now knows where you are and can estimate the time your commute home should take you. Cards can also show you your daily activity summary, flight and appointment info, birthdays, reservations, and more. There may be a Google Now smartwatch in the coming months.

Apple's iOS in the Car is here, and it's called CarPlay. (Too bad for me: I just bought a new car.) http://t.co/Wuj5TrSiM1

Many smartphone owners want a voice-activated assistant that will also sync with their car’s dashboard system. This makes it easier to get directions and make phone calls.

Good news for Siri fans: Apple recently announced that cars with CarPlay abilities will launch later this year from manufacturers like Honda, Volvo, and Mercedes-Benz, among others. CarPlay will integrate Siri right into the functionality of the car, and allow you to control music, maps, messages, and phone calls safely from behind the wheel. (Note: Previously, CarPlay had been known under the name “iOS in the Car.”)

Microsoft’s Cortana isn’t quite ready to go wide with its launch yet, but it’s not unreasonable to think that Cortana could get car sync abilities in the near future. After all, Microsoft is already in a lot of cars due to their Ford SYNC in-car system.

As for Google Now, while it does pull in a ton of data that is relevant to travelers and commuters, there doesn’t appear to be any in-car integration in the works…yet.

Here's how you can get Google Now on your desktop http://t.co/bM0cR7EVfB

There’s nothing more frustrating than having to repeat or rephrase a command to your voice assistant, particularly when you’re in public. Siri has been on the market the longest, so Apple has had the most time to make improvements to their service and teach Siri how to respond to questions.

While talking to Siri feels fairly natural, it appears that talking to both Google Now and Cortana could be a bit stilted. Google has published a list of commands for Google Now, and has a guidebook for helping Google Now to get improved voice recognition. Microsoft’s Cortana offering is expected to be likewise driven by specific command structure (see below).

The Bloomberg video above talks about Google Now and how it competes with Siri.

Siri has been known to have problems understand people with thick accents. Early versions of Siri would not let you look for businesses that were outside of the country, but that is no longer the case. While Siri can launch an app for you, she still struggles to launch a website with a long name. You can have her do a web search for the site, or type it in manually.

The Verge notes some issues that are likely to plague Cortana when it gets a wide release:

“Microsoft will need to extend it to third-party apps and its Windows and Xbox devices to improve its functionality in the future. The real test of Cortana will be how well it works with voice commands and its ability to understand natural phrases and questions. Microsoft’s recent voice work with Xbox One is impressive, but it also requires that you follow a strict pattern of commands for it to work successfully. Microsoft will have to ensure Cortana is at least as good as Siri for the company to position this as a full personal digital assistant.”

Google Now isn’t without issues of its own. Last year, Nexus 5 users experienced a Google Now outage where the service would crash or not load properly. One frustrating aspect of Google Now is that some cards are not available in all regions. This is a known issue with sports cards. There have also been rumors that Google Now drains device batteries very quickly.

As it stands today, despite its flaws, Siri might be the best voice service. It isn’t perfect, but then none of these systems are. All three services could use a bit of help with voice recognition and use of natural speech. But for now, Siri may have the edge. 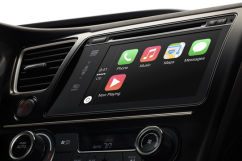