The Oculus Rift VR gaming headset has got lots of people excited, but not everyone can afford to shell out $300 for an Oculus Rift development kit.

We covered this video when it went viral last month. While it’s not a perfect port of Pokemon Gold/Silver due to some controller issues, it’s really interesting to see this game from a first-person perspective.

Pokemon is a wildly popular franchise, and the ability to play this monster collecting game on the Oculus Rift might make the $300 price tag easier to swallow.

You can see Jerry’s Superman statue, his bike, his bathroom, and his collection of cereals. There’s even a couple of in-jokes from the show, like a box of Drake’s Coffee Cake and a pile of Japanese residual checks.

The video above showcases a beta version of the original Legend of Zelda. It does make some viewers feel a bit motion sick, but the video does a great job of showing how your sword chops through monsters. 8-bit gaming never looked so good.

Most of the videos on our list thus far have had a decidedly retro vibe. That changes now with video of 2012’s Far Cry 3, as played on the Oculus Rift.

Come for the awesome Far Cry 3 footage, but stay for the host’s awesome Irish accent. Seriously, when this guy starts screaming about a tiger that’s coming after him, it’s hilarious. This is a must-watch video simply because of this guy’s awesome, LOL-packed narration of his game.

That’s right, it’s another Oculus Video from YouTuber Jacksepticeye, the same guy who did the video above. What can we say…his reactions are just too funny for words.

We picked this video to end on because unlike the other items above, Terrorift is a native Oculus Rift title. Jacksepticeye makes the point that this horror game is so scary because, unlike a console horror game, this game takes up your entire field of vision.

If you are a horror gaming fan who is sell on the fence about getting an Oculus Rift, this video might convince you that Oculus Rift is the ultimate gaming machine to get your heart pounding. 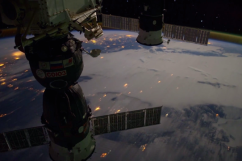