Cydia is an app for installing software on an iOS device that has been jailbroken. Cydia allows iPhone and iPad users to download apps that aren’t available on the App Store. Think of it as the App Store, but for apps you can only get on jailbroken devices. You can learn more about Cydia and how it works here.

If you’re bold enough to jailbreak your iPhone, then these amazing Cydia apps and tweaks need to be on your device, stat.

AssistantLove is a Cydia tweak that supercharges Siri, making it more functional and more enjoyable to use.

There are two main perks to using AssistantLove. Firstly, you can search for music on Spotify, and play music with just a voice command. Do note, however, that this requires a Spotify membership.

The second main perk to using AssistantLove is the ability to get directions using a navigation tool other than Maps. Currently, AssistantLove works with TomTom, Waze, MotionX-GPS, and Navigon.

You can learn more about AssistantLove here.

If you are concerned about security, ScramblePass is a must-have on your jailbroken device. Having a passcode to lock your device doesn’t do much to protect you if someone watches you type in the code. Just by watching you, an unscrupulous person can infer your password based on where your fingers tap the screen, or by seeing where there are fingerprint smudges on your screen.

ScramblePass confuses snoopers by randomly scrambling the location of the number keys on the keypad with every login. This makes it harder for someone to guess your passcode.

You can learn more about ScramblePass here.

AirBlue Sharing is a Cydia tweak that allows for lightning-fast sharing of multiple files. You can transfer files between Nokia, Motorola, Samsung, MTK, Windows, Mac, Linux, and iOS devices.

Bluetooth transfer speeds of up to 170KB/s are supported when using AirBlue.

You can learn more about AirBlue Sharing here.

One of the main reasons people jailbreak their devices is to gain access to additional customization features. Dreamboard is a great Cydia app because it offers the ability to choose from tons of custom themes. Each theme has its own set of customizable preferences. You can even make your iPhone look like a Droid device.

You can learn more about Dreamboard here.

SlideWeather is a Cydia weather app that is extraordinarily customizable. You can set up how often it refreshes, what text is displayed, and more.

You can learn more about SlideWeather here. 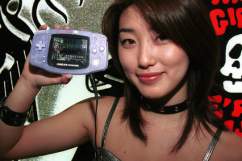 How to Play Nintendo Games on Your iPhone Without Jailbreaking