March has been an awesome month for Android arcade games. Here are five of our favorite titles.

As you move through each room, you get to smash walls of glass. The realistic glass-smashing effects can be very therapeutic after a stressful day at work, while the music is perfectly suited to the graphics of the game. This game was most recently updated on March 5.

Smash Hit currently holds a 4.5 rating on Google Play, and was published by Mediocre.

Available on Google Play, Revenge Bird is yet another one of those unstoppable Flappy Bird clones. Updated on March 18, this most recent version of the game has some tweaks that include sound changes and a leaderboard.

So, what makes this clone stand out from all the other Flappy Bird-style games on Google Play? Well, the main allure is that you can break through pipes! Show off this game to friends playing other Flappy Bird clones, and they’ll probably be jealous. The people have spoken, and over 600,000 players have downloaded Revenge Bird.

Revenge Bird currently has a 3.9 rating on Google Play. It was published by partygame.cn.

In this game, your goal is to match chains of three or more tokens. Spanning 120 levels, your ultimate task is to complete these levels and free Hammy the Hamster’s friends. This game is designed to appeal to fans of match-3 gameplay, or fans of cute and cuddly critters.

Montezuma Blitz currently has a 4.1 rating on Google Play. It was published by Alawar Entertainment, Inc.

Available on Google Play, SuperGNES is a SNES emulator for Android.

You can use this app to play tons of arcade games and SNES games. Supported titles include Street Fighter, Earthworm Jim, Kong, and Castlevania. This is an emulator that will appeal to fans of retro gaming and classic arcade titles.

SuperGNES currently has a 4.3 rating on Google Play. SuperGNES was published by Bubble Zap Games.

Available on Google Play, Farting Panda was last updated on March 11. Similar to Flappy Bird, Farting Panda lets you guide a gassy panda around your screen.

Farting Panda is juvenile, but it’s still pretty darn funny. The game supports 10 different fart sounds, which you can hear during gameplay or listen to on their own from the game’s main menu. If toilet humor is your thing, this Flappy Bird clone is definitely for you.

Farting Panda currently holds a 3.5 rating on Google Play. It was published by Bell Pepper Edutainment. 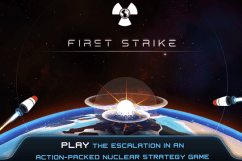