It’s gonna be a sleepless night for many fans of the show, as they wait for their service to be restored.

Here’s what you need to know about the HBO Go outage, including how to determine if the outage is affecting you and how to find out what happened on the finale.

Due to overwhelmingly popular demand for #TrueDetective, we've been made aware of an issue affecting some users. Please try again soon.

So many people wanted to see the thrilling conclusion of “True Detective” that the HBO Go servers simply overloaded.

I will not eat, I will not sleep, I will not budge from this spot until I've seen the True Detective finale. It's your move @HBOGO. Please.

“True Detective” has an intense fan following. Predictably, many fans took to Twitter and Facebook to freak out about missing their chance to watch the finale on their terms.

But it wasn’t just devoted fans who went into fits of hyperbolic rage. Business Insider ran an article in the wake of the outage titled “HBO Go Is Crashing For People At The Worst Possible Time.”

It’s not just “True Detective” fans who can’t access HBO Go. Some people who wanted to watch HBO Go tonight were trying to watch other HBO original programming, but we also unable to get their video of choice to load.

One thing you can do to emotionally prepare yourself for the end of True Detective: http://t.co/bzxnHnKtut pic.twitter.com/ZzVKwS0Fs9

Earlier this week, Mashable reported that “True Detective” star Matthew McConaughey would not be returning for the show’s second season. This news made fans extremely curious about what would happen to McConaughey’s character, Detective Rustin “Rust” Cohle, in the Season 1 finale.

4. Some Believe HBO Go Crash Was Not an Accident

On the plus side, the HBO go outage is helping family togetherness, as people all over call their parents to see if they changed a password

TIME reports that some people believe HBO Go went down as part of a larger plan by HBO to increase the number of “legit” subscribers. TIME writes:

“While some observers speculated the problem might be an attempt by HBO to clamp down on subscribers sharing their usernames and passwords with non-paying users, HBO CEO Richard Plepler recently said he doesn’t mind customers sharing their login information.”

5. HBO Is Working to Resolve the Issue

HBO is aware of the issue with HBO Go and is working to restore normal service. HBO has not released an estimate for how long the outage will continue, but they are likely to make an update on their Twitter page when the issue has been resolved.

These kinds of streaming service outages are not uncommon, but they can be extremely frustrating. HBO Go isn’t the only service that has frustrated users in recent years: Netflix had a notable outage on Christmas Eve 2012 again around Christmas 2013. 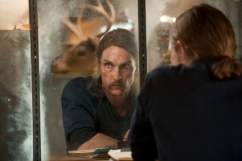 On the next page, we’ve got the dirt on the outage and the best fan reactions…