Check out this creepy, weird commercial for the LG G Flex smartphone. Running the tag line “The Most Human Phone Ever,” the video showcases a guy talking into his hand like it was his phone…but his hand has a creepy beard.

Later, the guy makes out with his own hand.

TechCrunch called it “the worst commercial ever.” 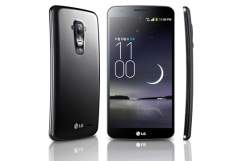