Apple has announced the dates for their annual WWDC event. It is expected that Apple will debut new gadgets and operating systems at this event. Here’s what you need to know.

Above, Apple’s Craig Federighi, Vice President of Software Engineering, introduces iOS7 at a keynote address during the 2013 Apple WWDC.

This year’s WWDC event will run from June 2-6. WWDC, which stands for Worldwide Developers Conference, will take place at Moscone West in San Francisco. According to Apple, the event will have 1,000 Apple engineers and 5,000 developers in attendance.

Attendees at WWDC 2013 are pictured above.

In order to get tickets to attend WWDC, prospective attendees must register for a ticket lottery. Tickets will be randomly awarded. To get tickets, people must register with Apple prior to April 7 at 10:00 am PDT. Ticketholders will be announced later that same day.

An attendee checks out an Apple Mac Pro on display at WWDC 2013.

The Motley Fool reports that there is a small chance that Apple will debut a new MacBook air at WWDC this year. It is more likely that Apple will announce updates to Mac OS X and the debut of iOS 8 instead.

CNET reports that, in addition to likely updates for iOS and OS X, “Rumors have suggested changes including Mac apps coming to the iPhone and iTunes Radio being broken out as a separate app.”

TechCrunch reports that this year’s WWDC is making a concerted effort to include more female participants.

“For the first time, Apple is also partnering with the National Center for Women & Information Technology to help encourage more women to become coders and engineers via scholarships and other support programs.”

Apple states that over 100 tech sessions are planned for WWDC, each of which will be led by Apple engineers. The goal of WWDC is to help developers create the best apps and tools for Apple products. 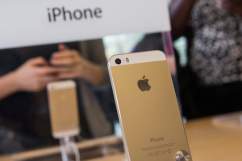