Two of the most popular camera apps for Android are Candy Camera for PhotoShop and Cymera. Which one is best? We compare these two leading apps to help you understand how they differ.

The video above outlines Cymera’s features.

Cymera and Candy Camera are both free, and both apps currently have a 4.3 rating on Google Play. Candy Camera for PhotoShop shouldn’t be confused with the similarly named Candy Camera, which is lower-rated and has fewer features. Cymera is arguably the more popular of the two apps, having been downloaded over 50,000,000 times (according to Google Play).

Cymera has over 20 filter effects. In addition, Cymera offers 7 lenses, multiple borders, 70+ hair and makeup items to beautify your selfies, and 800+ stickers. You can make photo collages, or take advantage of the app’s facial recognition technology to take the best picture possible. Multiple shooting modes are offered, including Out of Focus, Anti-Shake, Timer, and Self-Portrait.

Candy Camera has more filter effects, some 30 in all. It also caters to those who want to beautify their selfies, offering teeth whitening, makeup effects, blemish removal, and facial slimming effects. Over 100 frames are included in the app, along with lomo and mosaic capabilities.

The video above provides a tutorial on how to use Cymera.

“The viewscreen displays a dynamic image of what’s in front of the camera; swipe left or right to change the filter. There are many included free with the app, including all your typical Instagram-ish color adjusters. Snap the shot when you’re ready, then add as many further editing tweaks as you like, playing with contrast/saturation, removing blemishes, warping bits and pieces, etc. Some features – like frames – require purchasing through the Play Store, but honestly, there are a ton included for free.

It’s inconvenient that you’re not sure which editing tools are free and which must be purchased; it’s frequent that you’ll hit a tool and then be taken automatically to the store even though you didn’t mean to buy anything.”

Paul from Android Authority praised Cymera for its ease of use.

“If you thought Instagram was great, wait until you get your hands on Cymera as it combines tons of new features, including different shooting modes, camera lens types, correction tools, and a whole lot more…

Once you get past through Cymera’s login screen, users are treated to a handful of tutorial screens that can easily be digested in bite sizes. The tutorials help users understand the app’s main interface. From there, you will be taken to the main photo capturing screen.”

Both of these Android camera apps are fairly evenly matched in terms of prestige, price, and features. Both free apps have relatively intuitive interfaces, and both apps are ideal for enhancing the beautiful look of portrait photography.

Candy Camera may be the less popular of the two apps, but it boasts many excellent features that make it worth recommending. 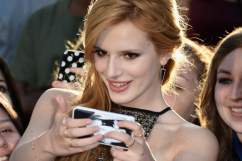