The ‘Crabster’ is a Korean robot that weighs 1,400 pounds and is the size of a car.

According to PopSci, this new robot will be deployed to the Yellow Sea this May, where it will scour 12th-century shipwrecks for lost treasure and other artifacts. Developed by the Korean Institute of Ocean Science and Technology (KIOST), the Crabster robot is the next leap forward in undersea robotics.

Above, you can see the Crabster “standing up.”

“We suppose CR200 can conduct seabed mapping, survey and inspection of wrecks, pipelines, ecosystems and pollution down to a 200-meter depth. CR200 will help divers or work instead of them in harsh environments. It also could assist in locating underwater resources, carrying out underwater mining, and responding to oil spill incidents.” 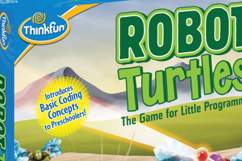