Every service has its own special set of hidden features and secret tricks. Here’s a look at what Dropbox can do for you.

Featured on Mashable‘s list of cool Dropbox features, one of the most under-used secret features in Dropbox is the ability to sync your Firefox browser settings across multiple computers.

To do this, all you need to do is download Firefox Portable, which will enable you to sync bookmarks, extensions and saved passwords across all your various home and work computers. Just store Firefox Portable in your Dropbox account, and you won’t ever feel stymied when switching between multiple computers again. Portable apps is also available for Google Chrome.

2. Dropbox Secret Feature: Backing Up Your Data in Case Your Computer Dies

You know that sick feeling you get in the pit of your stomach when your computer refuses to turn on? You can banish that feeling forever with Dropbox’s variety of data backup options.

Jason Frasca recommends taking advantage of Dropbox’s “Packrat” feature. It costs just $3.99 per month or $39.00 per year, and is actually already included in the price of Dropbox Business accounts. This features saves your Dropbox-synced files forever (or until you tell it to stop.)

Too expensive? Good news: Dropbox saves a history of all deleted and earlier versions of files for 30 days for all free Dropbox accounts, by default. As long as you have your important files in Dropbox, you won’t lose them in the event of a catastrophic computer meltdown. No need for an external hard drive!

Obviously, we’d never advise you to use torrents to gain illegal access to TV shows, movies, or music. That being said, there are plenty of legal uses for BitTorrent, and you can improve your torrenting experience by using Dropbox.

Lifehacker suggests that using Dropbox to start your torrent downloads can be a big time-saver:

Using the folder monitoring feature available in most popular BitTorrent applications (including uTorrent for Windows/Mac and Transmission for Mac/Linux), your BitTorrent app of choice can monitor your Dropbox folder for new torrent files and automatically open them when they appear. In practice, that translates to dead simple, instant remote BitTorrent downloads, which we like very much.”

Now you no longer have to wait until you get home to start the long downloading process for a large file.

Note: some users like to encrypt these kinds of files before syncing with Dropbox, if only to protect their files from any prying eyes.

My 5 Favorite Dropbox Features5 Features in Dropbox I use everyday: Learn how to use Dropbox! Steve shows you 5 terrific features that he uses every day. Dropbox – db.tt/YoejcTP Links Sharing Preferences Syncing Selective File Syncing Revision Control Workflow #Do you want more videos with Steve? Click here to subscribe! youtube.com/subscription_center?add_user=dottotech and ……..Please click "Like"! Check out Steve's excellent online…2014-02-12T00:41:20Z

The video above from Dotto Tech outlines five of Steve’s favorite Dropbox features. One of the best features he highlights is the ability to selectively sync files. While many Dropbox users have set up their preferences to automatically sync every single file in their Dropbox account, Steve points out that selective syncing is a great hidden feature for users who have both limited Dropbox space and limited hard drive space on their devices.

Steve can walk you through how to set up selective file sync in the video above, starting around minute 5.

This particular Dropbox tip requires a second app, but it’s well worth making the extra effort if you want to create an “invisible” folder in Dropbox for stashing all your private and sensitive files.

I Love Free Software suggests downloading the free version of My Lockbox to create an impenetrable Dropbox folder. This will let you both password-protect and hide your Dropbox folder from prying eyes.

Be forewarned, however, that My Lockbox will interfere with Dropbox sync. You will have to periodically unlock your Dropbox folder in order to conduct a sync. 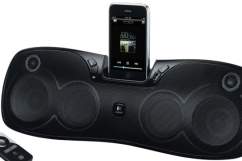 Read More
Apps, Dropbox, File Storage, Firefox, Firefox Browser, Internet, Technology
Dropbox is a great cloud storage service, but these secret features will ensure you're getting the most out of Dropbox.