Mozilla has released Firefox 29, the latest version of their popular web browser. You can download Firefox 29 here. If you want to learn more about this update, read on to learn about the most interesting things about Firefox 29.

1. Firefox 29 Has Many New Features

As you can see in the screenshot from the Firefox release notes above, there are many new features in Firefox 29. It is worth noting that the first version of Firefox debuted almost a decade ago.

Some of the most notable new features include “sleek” new tabs system, an abundance of customization options, and a gamepad API. Users can now set up Firefox Sync by creating a Firefox account.

2. Firefox 29 Is the Biggest Update to Firefox in Years

Firefox just rolled out its biggest design overhaul since 2011 http://t.co/zl1WnO8zV8

TechCrunch calls Firefox 29 “Firefox’s most radical redesign since it moved to its rapid release schedule a few years ago.”

The main reason it took so long for this update to go public was because elements of the earlier Firefox design had to be rewritten. This enabled the browser to be more flexible and customizable.

The Next Web writes that “the Android version [of Firefox 29] is trickling out slowly on Google Play.”

4. Firefox 29 Is Faster, More Reliable Than Other Browsers

On ZDNet, Jack Schofield writes that “now is the time to switch back to Firefox.” He argues that Firefox is faster than Chrome, and offers many features that make it a more comfortable browsing experience. He praises the tab architecture, as well as how the browser reacts after a crash. He also praises Firefox for being open source, and for supporting the open web.

However, he does note that Firefox could stand to have its security features beefed up. Still, he highly recommends Firefox over Chrome, writing:

“Every program has its pros and cons, but the balance between Chrome and Firefox has tipped over the past year. Firefox has always respected your privacy, and now, all things considered, it’s also winning on merit.”

I use @firefox Beta, so have had the new UI for about 6 weeks already. It takes about 3 weeks before you stop confusing it with Chrome.

Many people have already taken to Twitter and other social networking sites to share their observations that the new Firefox looks a bit like Google’s Chrome browser. TechCrunch also noted the similarity between Chrome and the newest version of Firefox. 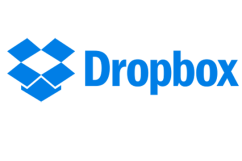