Google Glass isn’t just for the technorati. Regular folks can get their hands on their own pair of Google Glass later this month, according to The Verge. Here’s what you need to know about the price of Google Glass, where to buy Google Glass, and what features this futuristic device will have.

UPDATE: Google’s 1-day sale allowed the company to sell out of Glass. Their website now states: “We’re out of spots in the Explorer Program for now, but may have more to share soon.” Glass will be on sale again soon, and users can visit the link above to sign up for notifications about Glass sales.

In the image above, Prince Felipe of Spain wears Google Glass.

There had been some speculation that Glass would come down in price when it was made available to the general public. However, it does appear that the $1500 purchase price of Glass includes a free sunglass shade or one of its newly-introduced prescription glasses frames.

2. Where to Buy Google Glass

Members of the public can Google Glass request Glass from the Google Glass website. You can sign up with the Glass Explorer Program starting April 15th at 9am EDT. It does not appear that Glass will be available at any retail stores on April 15th.

Google states that they are experimenting with new ways of introducing people to Glass:

“To discover new places, sometimes we need to leave the map behind. And that’s what Glass Explorers do. They are the first to make, to tinker, to create, to shape, and to share through Glass. We’re expanding little by little, and experimenting with different ways of bringing new Explorers into the program.”

In the image above, Andre Iguodala of the Golden State Warriors wears Google Glass while watching the Arizona Wilcats play the Stanford Cardinals.

In order to purchase Google Glass, you must be 18 years old and live in the United States. You must also be a US citizen. You must provide a valid US ID or proof of residence when picking up Glass.

It is not clear why Google has placed these restriction on joining the Glass program at this time, particularly if Google is trying to expand the Glass user base.

The video above showcases the wide variety of people who have used Google Glass.

Google Glass has a number of interesting features. In addition to navigation apps, the device can also provide information while cycling or playing sports, send messages, or play your music.

Google also opened up their Glass at Work program in April of 2014, which aims to provide Glass to companies that can pair the device with enterprise software.

On April 15th, anyone in the US can buy a Google Glass *prototype*. Note the emphasis on "prototype." http://t.co/SDktL1c83v

CNET reports that there are at least 10,000 people using Google Glass. The actual number may be several thousand people higher than the 10,000 figure.

CNET adds that despite public dislike of Glass, this may be a good time for Glass to go public:

“A recent survey could point to problems with the sale. According to market research firm Toluna, 72 percent of Americans don’t want to buy Google Glass because of privacy concerns.

One possible reason for the Glass sale would be to clear out existing stock, as Google prepares a consumer version of the headset, rumored for public availability later this year.” 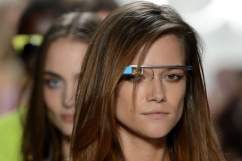 Google Glass: The Top 5 Reviews You Need to Read

Read More
Google, Google Glass, Shopping, Technology
wpDiscuz
1
0
Would love your thoughts, please comment.x
()
x
| Reply
Here's what you need to know about the price of Google Glass, where to buy Google Glass, and what features this futuristic device will have.