Topping CoinMarketCap.com, a new digital currency for Israel is gaining in price. Here’s what you need to know about the newest cryptocurrency smash hit, Isracoin.

1. Isracoin Is Basically an ‘Israeli Bitcoin’

#Isracoin has climbed from the 9th spot to 4th largest coin in the world, out of 200 coins, 48 hours after http://t.co/pfS9QcFpQw added it.

Isracoin is an Israeli cryptocurrency. Like Litecoin, Isracoin is powered by a Scrypt algorithm. Mining began on March 26, and has a block time of 1 minute. The next reward halving for Isracoin is 3 years out.

10% of the currency has been pre-mined. According to Isracoin’s site, “The premined coins will be distributed to the population of Israel and Israeli businesses, commencing on May 6th at midnight.”

As you can see in the screengrab above, Isracoin is high on the list of most valuable cryptocurrencies on CoinMarketCap.com. While Isracoin may not be as valuable as Bitcoin or Litecoin, it is worth more than Dogecoin and Ripple. Over the past 24 hours, Isracoin has increased in value by 39.62 percent.

3. Israel Is a Major Player in the Global Economy

Another mining pool for #Isracoin has opened and is available at: http://t.co/NCbhkAWAAn

The Isracoin site notes that Israel is a big player in the global economy, making an Israeli cryptocurrency kind of a big deal:

“Globally ranked 39th largest economy out of 190 countries, Israel has one of the highest levels of centralization of wealth and assets, with about 20 families controlling most of the industry and 5 banks controlling a whopping 93% of banking assets in the country. Isracoin will help change that.”

Those interested in mining or storing Isracoin can download wallets from the Isracoin site. Wallets are available for Windows (EXE and ZIP options), Mac OSX, and Linux. It is not yet clear what other wallet options will be available in the future.

Isracoin is the latest cryptocurrency to jump on the country-specific bandwagon. While you do not have to be Israeli to own Isracoin, it is interesting to see the number of new cryptocurrencies that have emerged in recent months that take the name of a specific country.

#Isracoin has been added for voting on MintPal. We'd appreciate all votes to help get Isracoin into mintpal exchange https://t.co/AdvPYNwMuF

There is already a subreddit for Isracoin, though it doesn’t have much activity. However, Isracoin is already at the heart of some spirited debates about market caps.

Redditors are already looking to buy Isracoin. Additionally, Isracoin has posted a thread on Reddit seeking “advice from experienced people in the altcoin community regarding getting Isracoin into exchanges.” 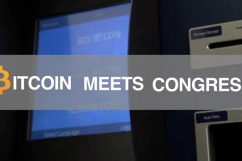