The release date of the iPhone 6 is still months away, but iPhone fans are practically salivating over the photos above. Could these leaked photos of the iPhone 6 be the real deal?

The photos above were taken from the Chinese social networking site Weibo. According to G for Games, the photos come from someone who works on iPhone production at Foxconn in China.

The phone may be a prototype or a production model, if the photo is legit. However, it is unlikely to be a public-ready iPhone 6 model, as the New York Post just reported that screens for the new iPhone won’t go into production until May.

It’s worth noting that the last leaked iPhone 6 prototype images were found to be fakes. Those images, which surfaced in February on Sonny Dickson’s Twitter account, caused a furor when they first hit the web.

Weibo was also the source of the recently “leaked” images of iOS 8. 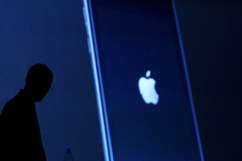