Real-time strategy games, aka RTS games, can be addictively fun. Here are five of our favorite RTS games for iPhone and Android.

Check out the App Spy review of Starfron: Collision in the video above.

Starfront: Collision has topped a number of other “Best RTS Game” lists, and its not hard to see why. Even though its an older title, Starfront retains a base of loyal fans who love both the solo campaign and the 4-player multiplayer.

The controls here are superior, and the interface never feels overwhelming or cluttered. Starfront: Collision is ideal for RTS fans who enjoy both solo and multiplayer gaming, though the game itself has just 20 missions. Humans, aliens, and sentient robots are battling it out: which side will you choose?

Check out Pixel Freak’s gameplay review of Anomaly Korea in the video above.

Winner of a Gold Award from Pocket Gamer, Anomaly Korea is one of the most critically-acclaimed RTS titles on mobile. Anomaly Korea is the sequel to Anomaly Warzone Earth. Think of this sci-fi title as a tower “offense” title, rather than a traditional TD title.

Anomaly Korea is a must-play for RTS fans who appreciate great sound design in their RTS games. Anomaly Korea boats both a great soundtrack and excellent voiceover work.

Winner of multiple awards, Plague Inc. is a RTS game that simulates the release of a deadly, worldwide pandemic. There are tons of updates and expansions, which make this game feel truly premium.

Plague Inc. is a must-play for any RTS fan who is fascinated by science, disease, or microbiology. The makers of Plague Inc. were actually invited to speak at the CDC about the models of disease featured in the game.

Check out the official Rymdkapsel launch trailer above.

Billing itself as a “meditative space strategy game,” Rymdkapsel looks nothing like the other games on this list of great RTS titles. In this retro-inspired title, you take over an abandoned space station. You’ll need to carefully balance your defenses against your desire to expand your territory.

This RTS game is worth checking out if you have a soft spot for retro-style art, or players who have grown tired of the automated gaming trend in their strategy titles. 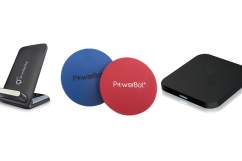 In Autumn Dynasty, you must order your troops around a feudal battlefield in Ancient China. This game has a really cool control system. Using a unique drawing interface, players can paint their battle plans directly onto the map, using brush strokes to direct their armies. If you love Chinese history, art, or literature, this is a must-play.

Autumn Dynasty is ideal for RTS gamers who love a dash of history in their games, or those who are looking for a game with a distinct and beautiful art style.