According to some tech insiders, Android Silver is dropping February 2015. Here’s what you need to know.

1. Android Silver Could Have a Release Date of February 2015

According to Business Insider, the smart money is on February 2015 when it comes to guessing Android Silver’s release date.

BI, citing reports from other tech sources, reports how Google is likely to market Android Silver:

“Google will reportedly partner with Android smartphone manufacturers to sell their phones under the Silver brand. Google would limit the number of third-party apps on these handsets, hinting that they’ll run the on stock Android rather than modified versions of the software.

Google could even pour millions, maybe even $1 billion, into promoting Silver devices through ad campaigns and kiosks at carrier retail locations.”

It is also rumored that Android Silver device owners will have 24/7 access to tech support through Google Hangouts.

In his article “Will ‘Android Silver’ be a good thing for consumers? That depends,” Computerworld blogger JR Raphael muses on both the potential good and potential downsides inherent in Android Silver. He writes:

“The ‘Silver’ phones would supposedly be created to ‘closely adhere to Google specifications,’ with high-end hardware and Google working to ensure prompt software updates…It certainly sounds promising — kind of like an expanded version of the Nexus line we know and love — but assuming it all pans out the way it’s being described, there are some big unknowns…

How easily hackable will ‘Android Silver’ phones be? For a lot of tinkerers and developers, the fact that Nexus devices come with unlocked bootloaders and loads of geek-friendly resources is a major plus. If Google shifts to more of a mainstream consumer focus, will those benefits still be included?”

Little is known about Android Silver at this point, so some Android fans may have unfounded concerns about the OS.

3. First Android Silver Device Will Be Made by LG, Available From Carriers

The video above from the Verge outlines the history of Google’s Nexus program in 90 seconds flat.

It is believed that Google’s rumored Nexus 6 device has been shelved, if it ever existed at all.

According to Droid Life, the first Android Silver device to launch in February will be a new device from LG. Droid Life notes:

“One of the initial launch devices may be from LG as a device running a Qualcomm MSM8994, which is a next-level Snapdragon 810 with 64-bit architecture…Google will apparently take Android Silver into carrier stores, something that hasn’t happened with the Nexus program.”

4. Android Silver Will Leave a Gap in the Android Market

“Android Silver will reportedly target the United States and other developed markets first, with in-store Android kiosks designed by Google showcasing its software. The one missing piece from this puzzle is what Google will do with the mid-range market that the Nexus program is expected to vacate. Android Silver is gunning for the high end, so who will step up to fill the void left in the middle?”

It is unclear whether Google will also launch a new mid-tier line of Android devices, or whether another Android phone maker will step up to the plate and fill this gap in the marketplace.

Experience Google #io14 around the world. Host an event or find an I/O Extended site near you. http://t.co/xn2oY9sPqI #io14extended 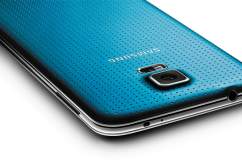