Want a new game for your Android device? These are our top picks for the very best new, free Android games out now.

Brave Wolf Hunter is on Version 1.3 as of this writing, and was updated on May 6. This newcomer to Google Play has just gotten some updates to address bug issues, making now a perfect time to try out this exciting FPS game.

Brave Wolf Hunter will appeal to fans of shooters or hunting sims who like pulse-pounding action. There are a variety of weapons to choose from.

See Retro Future Racing in action in the video above.

Retro Future Racing is a new racing game that combines the retro look of classic cars with the futuristic style of hover car racing. The races are fast-paced, and the game has a fun visual style with tons of panache. If you dig racing games, this is a must-play. As of this writing, the game is on Version 1.0.1, and was last updated on May 5.

Soul Guardians: Age of Midgard is featured in the gameplay trailer above.

Soul Guardians: Age of Midgard is an action RPG. It was updated on May 2 and is currently on Version 1.1.1. Featuring on a card battle system, Soul Guardians boasts both single player dungeons and arenas for co-op and PVP battles. If you like action RPGs or card battles, this fast-paced title will definitely strike a chord.

94 Degrees is a time-sensitive Android trivia game. You must answer questions as quickly as possible in order to progress. The Google Play page lists a number of trivia areas covered in this game, which are as follows: “countries, logos, fingers of the hand, historic dates, culinary specialties, the parts of a pig, geometrical shapes, states, [and] speeds of different animals.” This variety makes this game appealing to many different types of people.

Marble Kingdom is a casual, Zuma-style game with puzzle elements. Marble Kingdom will appeal to both kids and adults because of its colorful graphics. Shoot bubbles to match three or more of the same color, and try to get combos to boost your score. This fast-paced game is lots of fun, and is still relatively new to Google Play. 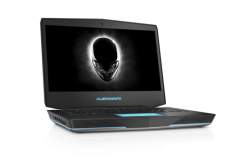